Women Will Be Allowed to Vote in Saudi Arabia Elections

A Saudi woman walks past a flower shop in Riyadh, Saudi Arabia on February 13, 2014.
Fayez Nureldine—AFP/Getty Images
By Aditya Agrawal

For the first time, women will be able to vote and run for office in Saudi Arabia’s municipal elections.

The new policy is being put into effect on schedule, four years after the late Saudi King Abdullah bin Abdulaziz al-Saud approved the rules change in 2011.

According to local media, an estimated 70 women are looking to run as candidates, while another 80 have registered as campaign managers. The elections are scheduled to take place in December.

Fawzia Abu Khalid, a political sociologist at King Saud University in Riyadh, told Al Jazeera that the decision reflected a broader change of view in Saudi Arabia regarding women’s rights.

“I think there is the realization from different groups, including the conservative groups, that what happened in the past, where their voice was the only representative in society, would no longer continue,” she said.

However, some have questioned the move’s ability to bring any real change in a country where women’s activities are heavily restricted. The municipal councils have limited powers, and the Saudi national government remains without a single female minister.

In a statement released after the King Abdullah’s decision in 2011, Amnesty International said granting women the right to vote was “much overdue” and “does not go nearly far enough.”

“We can only hope that this announcement on voting will be the first in a long line of reforms that guarantee Saudi women the rights that they have been demanding for so long,” Amnesty said. 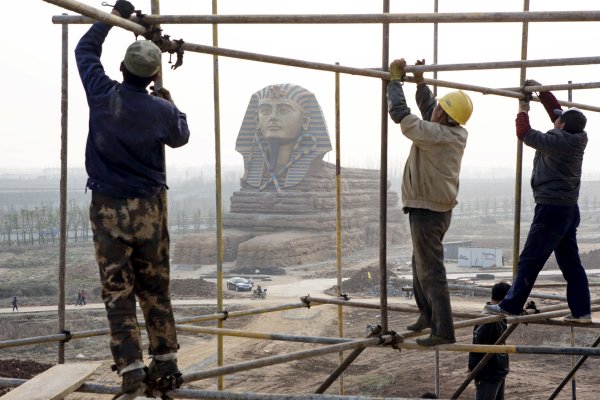 The Jewels of Chinese 'Duplitecture'
Next Up: Editor's Pick