Have you ever wanted to take an RV on a camping trip without having to actually own an enormous vehicle? Do you own a $90,000 RV that spends 11 months of the year languishing in your driveway? Then the startup for you has just gone live.

Outdoorsy emerged from its beta stage in California and launched nationwide on Thursday. In the words of co-founder Jen Young, the company is a “a community-driven marketplace for renting RVs directly from local RV owners, making sure everyone has access and opportunity to get outdoors.” The company currently has 2,300 RVs listed on the site, with about 75 more being added each day. Options range from low-fi models for $65 a day to full-on glamping machines for nearly $650 a day.

Co-founder Jeff Cavins says that the owners might not be the fanny-pack-clad grandparents you’re picturing. Of the 16 million registered RVs in the U.S., the average owner age is 48, he notes, meaning that these are people still working full-time, perhaps putting kids through school, folks who can likely use some extra cash for an expensive commodity otherwise lying idle. According to the Recreational Vehicle Industry Association, the average RV owner is only out and about in their land cruiser for three weeks out of the year.

That makes RVs ripe for collaborative consumption, getting more out of things already filling up the world instead of drumming up demand for more things. So far, Outdoorsy’s average rental has been for six days, which has added up to about $2,400 total, or $400 per night. The price, Cavins says, is often puffed up by renters adding options ranging from paddle boards to BBQ kits. And even at that price, it might be an affordable option for groups and families, given that cost includes transportation (minus gas), lodging and some entertainment for what could be six people. Young says the freedom to be spontaneous with a vacation rather than meticulously planning out a trip is another key selling point.

Cavins says that current options for renting RVs from companies are like impersonal “bowling shoes.” And he emphasizes that, unlike Craigslist, their marketplace for peer-to-peer rentals provides insurance coverage for both parties, as well as a cashless payment system.

Outdoorsy takes a cut from the RV lender, about 15%, and they charge the renter a service fee of about 10%. That’s money they may use to help the listers with their photography or other practices that boost their profiles, much like Airbnb quasi-trains their hosts in how to treat and please their guests.

“The founders are most excited about building this company because it will decrease waste,” says Young. “It provides an opportunity to be enterprising to people who never would have thought something they owned for their own enjoyment could provide financially life-changing benefits.” And for everyone else, it—at the very least—provides more reasons to say the word Winnebago. 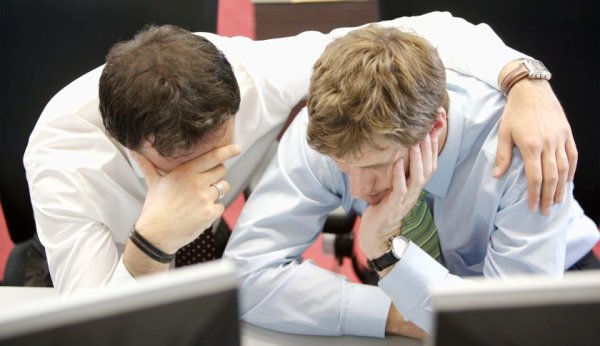 Science Says Working Long Hours Is Seriously Bad for Your Health
Next Up: Editor's Pick