How We Can Launch the Millennial Party

The core platform would not be too hard to agree on, as most people under 35 don’t disagree about things which to them are self-evident:

Gay marriage — Climate change — Women’s bodies are, uh, their own — Military intervention for self-defense or protection only, no adventures — Capitalism, duh, hugely pro — Believers/non-believers both welcome

With these essentials and (any?) others agreed upon, we could spend our time debating — at least within the party — the things that are actually up for debate. It’s like my friend who told me the key to a successful marriage is to make sure you are aligned on kids, money, and sex. You’ll still fight, but you’ll spend your time fighting about “all the small things” because the big things are pre-agreed upon.

So why do this? Why establish a new party?

As of 2015, millennials (18–34) are now the largest group of human beings in the United States — 75.3 million people. We just passed the boomers in size. And yet nearly all of our elected officials are boomers, and none of them are millennials. It’s not surprising then that many millennials refer to the government as not truly representing them, or that we don’t “feel connected” to either of the current two parties. But if millennials are now the largest group of people in the country, and we are now all adults of voting age, isn’t it our job to represent ourselves?

Millennials can viably win seats in Congress now. So why not start by winning a couple seats now? If we are so good at the Internet, shouldn’t we get started by using it to secure some of our own representation? And wouldn’t an amazing third party change everything about American politics if it could be a true swing vote? If the Tea Party can become influential, can’t we?

Here is one idea of how to get started:

We raise money for our candidates via crowdfunding. We mostly use YouTube and not TV, and as such we avoid a huge waste of campaign funds. We leverage social channels really well to get the message out, and go around the typical broadcast news infrastructure that invites so much money into politics. We will still need money, of course.

In races where we don’t run, which will of course be the vast majority to start, we make a recommendation to our party on who to vote for. We become influential in every election in the country. We are independent, and we recommend candidates on both sides. We welcome people of all ages to the party. Many people 35 years and older already identify with our values. They hunger for an alternative, and will be intrigued by our view of who to vote for. Our activism will give agency to our entire generation to vote, and if not satisfied by who to vote for, to run.

We are nation of entrepreneurs. If we are disappointed in the current offerings, isn’t it our job to create something that we are excited by? What was that quote about being the change you want to see in the world?

Our spirit animal could be a fox.

It’s easy to be cynical about American politics. It’s more important not to be. If we are not doing something about it, what is the purpose of our complaining?

This article originally appeared on Medium 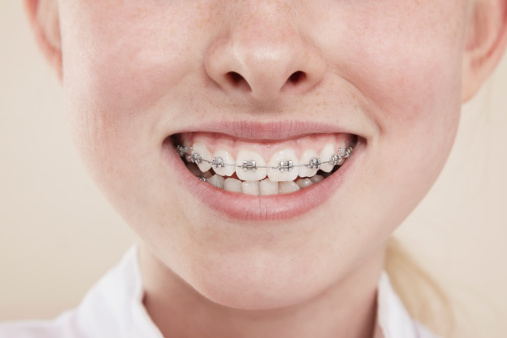 Your Child Might Not Need Those Costly Braces
Next Up: Editor's Pick