—Breast cancer experts have been in a tumult in recent years over something called ductal carcinoma in situ (DCIS). These lesions, usually very small, are starting to emerge more frequently in mammograms that are better able to pick out even the smallest aberrations in breast tissue. But cancer doctors aren’t agreed on how significant DCIS actually is.

Technically labeled as a stage zero cancer, some experts don’t believe they are tumors at all, but pre-tumors, since the growths have not expanded beyond the milk ducts. In fact, a National Cancer Institute working group in 2013 recommended that the name “carcinoma” be removed from DCIS to highlight the fact that the lesions aren’t quite malignant, and therefore may not need the more aggressive treatment that cancers would warrant.

But the latest study shows that thinking may be wrong. DCIS may not be as benign as doctors once thought.

In order to tease apart how a DCIS diagnosis and its treatment affects death from breast cancer, researchers reporting in in JAMA Oncology reviewed records from 108,196 women, the largest number yet in a study of DCIS. The large number was important to see if the number of deaths from DCIS made the findings statistically significant. Overall a diagnosis of DCIS was associated with a higher risk — 3% — of dying of breast cancer in 20 years compared to women who didn’t have the cancer. This risk was highest for younger women (diagnosed before age 35) and for black women.

But when the researchers looked more carefully at the women with DCIS, their rates of breast cancer recurrence and their death rates, they found that those getting surgery and radiation or just surgery did indeed lower their risk of getting a recurrent cancer, but did not reduce their risk of dying from breast cancer.

That suggests that the DCIS may be not be pre-cancerous lesions, but more cancerous than doctors thought, says the study’s lead author Dr. Steven Narod, from the Dalla Lana School of Public Health at the University of Toronto. Surgery, surgery with radiation, and even mastectomy do nothing to lower the 3% risk of dying of breast cancer in 20 years once a woman receives a DCIS diagnosis. “These women are not dying of DCIS. They die the conventional way from breast cancer — because it spreads to the bones, liver and lungs. The women who die of DCIS died because their breast cancer already spread by the time they received treatment,” says Narod.

That’s a complete shift in thinking about DCIS. And could potentially result in a dramatic change in the way women diagnosed with DCIS are treated. If the results are confirmed, and treatments do not lower the risk of death from breast cancer, then would surgery, or surgery and radiation still be worth the side effects and complications of that these interventions carry? In an editorial accompanying the study, cancer experts from University of California San Francisco argue that radiation should not be routinely given to every woman diagnosed with DCIS and undergoing surgery to remove the lesion. More research, they say, is needed to find better ways to distinguish DCIS lesions, possibly by their genetic makeup, into those that are more or less likely to have spread. 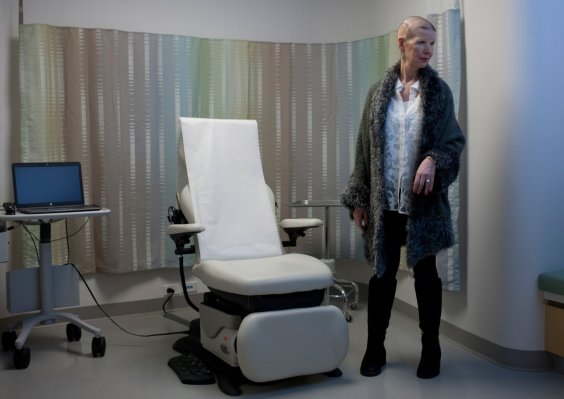 How Doctors Cured This Woman's Brain Cancer
Next Up: Editor's Pick