Jimmy Carter Says His Cancer Has Spread to the Brain

President Jimmy Carter held a press conference Thursday to discuss his recent cancer diagnosis, revealing that he has melanoma in his brain.

The cancer was initially discovered in early August on his liver. Carter said Thursday that the melanoma tumor on his liver was removed August 3rd, but subsequent MRIs found four, 2 millimeter large spots of the cancer on his brain.

Carter will receive his first of four radiation treatments Thursday afternoon, and will also regularly be administered medication to boost his immune system. There will be follow-up scans to search for more instances of the cancer elsewhere in his body.

He said he will scale back his commitments and involvements with The Carter Center, saying he will continue to work on fundraising and attend board meetings.

“I can’t really anticipate how I’ll be feeling obviously, I’ll have to defer quite substantially to my doctors,” he said.

When asked if he would have done anything differently looking back on his career, Carter said, “I wished I would have sent one more helicopter to rescue the hostages in Iran.” He was President during the 1979 Iranian hostage crisis.

Carter, 90, was the 39th President of the United States. 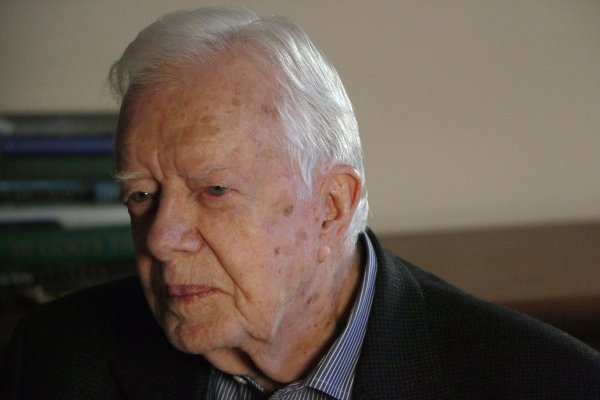