How to Age When Your Celebrity Peers Don't

According to her birth certificate, Sandra Bullock turned 51 last month. But because she looks exactly the same as she did in Miss Congeniality, a movie filmed back in the 20th century, BuzzFeed deemed her “immortal” and everyone else routinely calls her “ageless.” Bullock is just one of a number of celebrities in their 40s and 50s who’ve had birthdays recently but have not gotten older, unlike the rest of us in their age bracket. Take Halle Berry. One website put a photo of her 20 years ago next to one of the newly 49-year-old Berry and dared us to choose which was which. “This Is What 49 Looks Like,” it said.

And how about Tom Cruise? You can click through slide after slide of him looking identical decade after decade, in Mission Impossible film after Mission Impossible film. It’s like Groundhog Day, but some of us are waking up older, while our cultural signposts don’t change. The other day, I walked out the door to find a totally nude 57-year-old Sharon Stone on the front page of the New York Post. Even accounting for Photoshop and Stone’s exceptional genetics, her body looks disconcertingly the way it did in Basic Instinct in 1992. My elder daughter wasn’t even a thought when that movie came out. This month she’s going to college, and she and Stone look a little like sisters. (Which would make me the mom in this scenario, but let’s not go there.)

This endless agelessness is particularly unnerving because middle age is a time of such change in your body, in your identity, in the way people see you. It actually feels a lot like another adolescence–a period when you’re hyperconscious of how you compare to your peers and how they’re aging. Like a teen, you even have a bit of an obsession with photos because you’re not sure exactly what you look like in the world. Is that really my neck–or is it just the light? Who is that woman? And yes, you look at the stars you grew up with, the ones you saw in films and on TV when you were all young. When they don’t seem to change, even as you do, it adds to the dissonance, the clanging disparity between your mind’s view of yourself and your new physical reality.

Of course, we know that the rich and well known have always looked more “rested” than the rest of us. Stylists of every kind, nutritionists, personal trainers and retouching can do that. But even a generation ago, famous faces evolved. Look at a picture of Grace Kelly at age 52 in the early 1980s. She looks like a beautiful, well-tended middle-aged woman. Today she’d look old for her age.

The goal now is to ward off aging while you are still young, using all the magical nonsurgical options medicine has to offer, like preventive Botox that starts in your 20s, or microneedling, in which tiny sterile needles pierce the skin and trick the body into initiating skin repair. Or how about the process whereby your own plasma is injected into your face, the “vampire facial.” Celebrities like Kim Kardashian, who is just 34, are already talking openly about using some of these techniques. Kardashian even went on camera while getting a vampire facial. It’s easy to imagine her and her famous friends looking the way they do now right into their late 50s.

Eventually these procedures will become less expensive, and ordinary people my daughter’s age will have these options and the dilemmas that go with them. Already anti-aging is starting to be considered maintenance, like coloring your hair. And it’s partly a survival tactic. In an era when 20-somethings start billion-dollar companies, youth is prized and looking older can have an economic cost. My friends and I find ourselves openly debating tactics that we used to make fun of. Is it too late for Botox? Does fat-freezing work? And how much time do you have to spend in the gym to keep the body of a 35-year-old after 50? It’s all so exhausting. But members of the next generation have it tougher. They’ll have to ask themselves whether they want to spend their youth trying not to get old. And when do they get to stop? I was kind of looking forward to getting off the maintenance treadmill someday. For my girls, that day might be never. I’ve already seen “Sexy at 70” headlines. Will everyone be expected to go to their graves looking hot?

I also have to wonder what else we are retarding along with age. How do you move on if you’re working so hard to stay the same? And besides, if you’ve known the ache of watching a daughter pack up for college, you know you can’t stop the clock. Nor would I switch places with her. My girl’s options are endless; her beauty is effortless. But she’s not convinced of that. Dizzy on a buffet of possibility, she and her peers believe they have to be, and do, everything at once. That’s the gift and the burden of youth. Like the rest of us, they’ll have to learn how to choose what’s worth holding on to and what to let go. 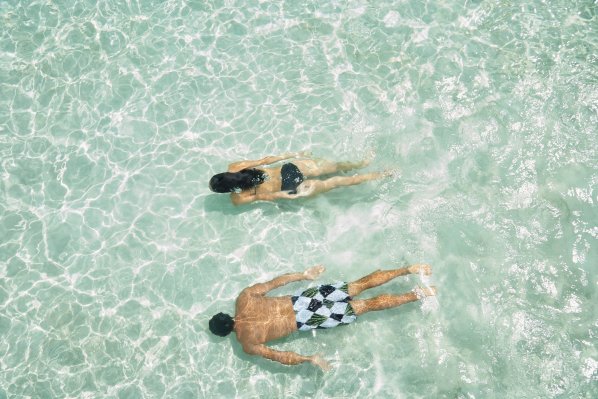 The Rise of the 'Good Divorce'
Next Up: Editor's Pick