The Aug. 12 explosion at a chemical warehouse in the eastern Chinese city of Tianjin could have happened almost anywhere, but it symbolized the way many outsiders see China: as a country where dark forces might one day ignite a sudden conflagration inflicting massive damage–for reasons that are murky.

News from China has provoked jitters all summer. The country’s benchmark Shanghai Composite shook global markets in June and July with a fall of more than 30% in less than a month, stemmed only by direct and indirect government intervention. A stream of weak economic data and the recent shock devaluation of the Chinese renminbi stoked concerns that China’s naturally slowing economy–both GDP growth and exports have fallen–may be weakening much faster than expected.

These are worrying signs in a country where lost jobs translate into street protests, creating uncertainty in an economy that is now crucial for global growth and stability. (A total of 38% of global growth last year came from China, up from 23% in 2010.) The country’s leaders know that the drive to shift China’s economy from a heavy reliance on exports toward greater domestic consumption will inevitably slow growth from double digits to a more sustainable level, but this complex, high-stakes economic reform process isn’t progressing as smoothly as they hoped. This summer’s turmoil underlines challenges that leave China’s long-term strength very much in question.

Yet China isn’t headed for serious trouble anytime soon. Its leaders have the cash and the policy tools–tools not available to most developed countries–needed to stabilize China’s markets and stimulate its economy. Beijing will use them if it has to. Though China has major demographic problems on the horizon and environmental threats that are worsening by the day, its global economic and political clout is still on the rise. In fact, we are already well into what might be called the “China decade,” the period when the country’s fast-expanding global influence pushes it across an important threshold and becomes impossible to ignore–before those long-term problems finally take their toll.

The U.S. has been the world’s leading economic power since 1872. But it’s a question of when, not if, China will overtake the U.S. to become the world’s largest economy. When adjusted to account for differing exchange rates, in a measure called purchasing power parity, China’s GDP became No. 1 last year. With the U.S. still sluggish, Europe stuck in the mud and many emerging markets struggling, the global economy will depend on China to propel it forward for at least the next few years.

Even as its growth slows to a more sustainable pace of around 7% this year, China, a voracious consumer of oil, gas, metals and minerals, will benefit significantly from lower commodity prices. Global crude prices are half what they were a year ago, and slower demand in China, tepid growth in Europe, resilient supply from North America and increased production in Iraq and Iran (as sanctions are lifted) will likely keep oil cheap for the next few years. Another parachute: China holds about $4 trillion in foreign currency reserves, more than twice as much as the No. 2 holder, Japan. That’s a sizable rainy-day fund to tap should the economy need emergency stimulus. It’s also a powerful fuel for massive investments overseas that create opportunities for Chinese companies, jobs for its workers and influence for its policymakers across the developing world.

But China’s real short-term advantage lies in its increasingly potent political leadership. Two years ago, President Xi Jinping launched a wide-ranging anticorruption campaign to restore public confidence in Communist Party leadership–and to sideline his opponents. That drive has forced tens of thousands from the party and jailed some of China’s wealthiest and most influential officials. Xi may well be the most powerful Chinese leader since Mao Zedong, and his willingness to use that power might eventually generate dangerous divisions within the leadership, especially if the country becomes economically unstable. For the moment, though, dissent is muted and the party remains unified.

Such unity pays off internationally. At a moment when Americans are debating how activist U.S. foreign policy should be and Europeans are distracted by challenges closer to home, China will continue to use trade and investment overseas to advance its national goals. Consider how far China has come. In 1977, China accounted for just 0.6% of world trade. It is now the world’s leading trading nation, and over 120 countries trade more with China than they do with the U.S.

During the China decade, we’ll also see the growth of Chinese-led multinational institutions that allow foreign governments to borrow money for roads, bridges, sewers, ports and other projects without turning to traditional Western lenders like the IMF, World Bank and the U.S. or European governments that can insist on painful economic and political reforms in exchange for the cash. The China Development Bank, the New Development Bank (formed with BRICS countries Brazil, Russia, India and South Africa but dominated by China) and the Asia Infrastructure Investment Bank (which counts key U.S. allies like Britain and Germany among its founding members) all bolster this strategy. Together with its “One Belt, One Road” initiative, created to open new routes for commercial exchange between China and Europe, these institutions will help China join developed countries as an internationally recognized lender of first resort. That will help China redefine the rules of international direct investment in its favor.

China also has a favorable geopolitical environment over the short term. While the country will one day face tougher political and economic competition from India, Prime Minister Narendra Modi’s reform program has barely started, and India’s economy is only about one-third the size of China’s. Russian President Vladimir Putin’s growing isolation means he urgently needs to replace European energy customers with Asian ones–which puts the Kremlin in Beijing’s pocket. Despite talk of an Asia pivot, the U.S. may well remain too distracted by threats from jihadi groups and challenges posed by the intensifying Iranian-Saudi rivalry to devote full attention to China’s rise.

But China’s rise has a ceiling. This summer’s stock-market gyrations are a reminder that opening a state-dominated economy to market forces takes steady nerves. There’s no guarantee that shareholders can handle the stress or that risk-averse leaders will stay the course. The same is true of opening a controlled currency to the unpredictable pressures of supply and demand. There’s a risk that volatility will create shock waves that a rigid political system can’t absorb. China’s leaders can intervene to avoid near-term crisis–as they have done this summer–but emergency measures inevitably become less effective over time.

A bigger problem: thanks largely to the one-child policy, China’s people are aging quickly. In 1980, the median age in China was 22.1 years, which meant hundreds of millions of young Chinese were available to fuel the country’s economic explosion. As of 2013, it was 35.4. A U.N. study forecasts that by 2050, the median age will be 46.3. That means a smaller percentage of Chinese will be in the workforce by midcentury and a much larger percentage will be drawing pensions, eroding the economy’s competitiveness over time. Demographics are stronger in the U.S., China’s global rival, and especially in India, China’s leading emerging-market competitor. Developed nations like Japan and Germany are grappling with the challenge of aging, but they’re already rich. China could end up old and still poor on a per capita basis.

Nor should we underestimate the economic and political impact of China’s toxic environment. A 2012 report from the Asian Development Bank warned that fewer than 1% of China’s 500 largest cities met air-quality standards set by the World Health Organization. Chinese officials acknowledge that a third of the country’s surface water and 60% of its underground water are “unfit for human contact.” Efforts to curb pollution haven’t yet produced much improvement, and the blast in Tianjin reminds us that regulations remain underenforced.

These problems will become harder to hide. In recent years Beijing has beefed up Internet censorship, but with more than 650 million people online–over 550 million of whom connect via mobile devices–China’s leaders know they will have to track public opinion much more closely in years to come. The regime will have to work hard to conceal flaws and infighting while managing rising public expectations for stability, prosperity and more-accountable government. Witness desperate government efforts to hide news of the Tianjin blast–and the ability of ordinary Chinese to get around those barriers via social media. There’s a tug-of-war within the leadership between reformers who believe the free flow of information is essential for economic development and hard-liners who believe communication must remain under firm state control. At the moment, the hard-liners have the upper hand–good for short-term stability, perhaps, but limiting over the long term.

As China’s population ages and the labor force shrinks, the higher wages demanded by Chinese workers will undermine many of the cost advantages China now enjoys over the U.S. China will also face tougher competition for influence and resources from India in coming years. The need to secure long-term supplies of oil, gas, metals and minerals and to find new markets for excess production will probably pull China’s government into foreign policy conflicts it has little experience in managing–in the Middle East and Africa, in particular.

Most important, it remains far from certain that Xi’s public drive for economic reforms will succeed. Beijing must restructure China’s export-oriented economy to ensure that Chinese consumers can buy more of their country’s products. It must create and nurture the kind of innovative culture that has allowed Asian rivals like Japan and South Korea to keep growing. It must reduce the increasingly dangerous gap between rich and poor and ensure that better government extends to the often corrupt local level. If not, there is serious risk that social unrest will shake the entire system. Then China’s dominance could prove short-lived.

But in the near term, China’s economy will grow, extending its influence and challenging the established international order. That is already happening. U.S. officials seem to forget that China has become too big and too influential to take Washington seriously when they either approve or criticize China’s domestic politics. Beijing has demonstrated an ability to build new alliances that challenge the absolute dominance of Western-led institutions like the IMF and World Bank, which were created after World War II to ensure that the U.S. and its allies set the rules of global commerce and the terms of international engagement. Even Britain has recognized both the inevitability of China’s rise and its potential value and is signing on to some of China’s projects.

U.S.-Chinese rivalry–and some level of conflict–is inevitable. Future U.S. Presidents will have limited power to change China or constrain its leaders’ actions abroad, but the approach Washington adopts can help determine whether the China decade is a period of healthy competition–or one of real danger.

Yet as dangerous as a strong China might seem, a weak and unstable China might be the biggest threat of all, because vulnerability will make Beijing that much more erratic, creating uncertainty in the new heart of the global economy. The China decade will offer a challenge. An unstable China might well prove a catastrophe. 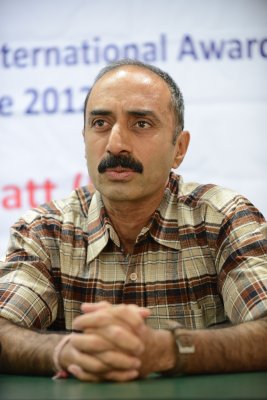 Top Cop Who Took on Indian PM Modi Fired
Next Up: Editor's Pick