Polish Migrants Give Blood and Strike to Show How Much U.K. Needs Them

The U.K.’s Polish community took action Thursday to protest negative attitudes and show how the country relies on them by stopping work or giving blood at local donor clinics

Over 1,000 Polish workers, reports the Guardian, are expected to protest outside British parliament. Thousands are also expected to donate blood. The blood drive was instigated by a social media campaign, which has 2,400 registered as ‘going.’

“A few weeks ago, readers of the Polish language newspaper Polish Express began discussing what would happen if 10,000s of Poles working in the UK did not go to work for the day,” George Byczynski from the British Poles Initiative told the Guardian. “There was a discussion that it would prove how hard Polish people work and the benefits immigrants in general brought to the country. It wasn’t treated as a serious idea, but then it began to get discussed online and began to grow.”

Byczynski, who organised the blood campaign, decided there were better, non-confrontational ways to show how the Polish community benefitted society. “We came up with the idea that we would ask Polish people to donate blood instead. We know the National Health Service needs 200,000 donors this year, so we hit on the idea that we could get 10,000 or more migrants to help” he told the Guardian.

Byczynski is concerned by the use of anti-Polish rhetoric by British politicians, hence the importance of tackling the remarks in a positive way. “There is an issue with the language politicians use and sometimes they do scapegoat Polish people.”

The initiatives have divided the Polish community. Tadeusz Stenzel, chairman of the Federation of Poles in Great Britain, has warned in a statement that the strike was “an irresponsible and divisive way of presenting arguments in the immigration debate.” He also warned against giving blood: “Blood is universal and has no race, religion, gender, or indeed political opinions, and we believe it should not be used for political purposes.”

There are 688,000 Poles within the U.K., according to the Office for National Statistics. As Poland is a part of the European Union, its citizens have the right to live and work in the U.K. 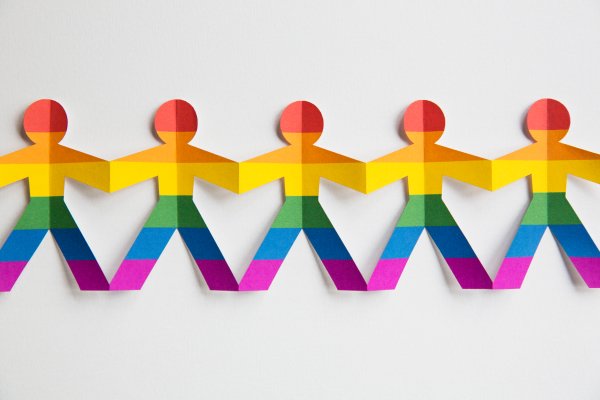 Half of Younger Brits Don't Identify as 'Completely Heterosexual'
Next Up: Editor's Pick