More than two dozen leaders of the Jewish community signed a full-page ad in Thursday’s New York Times urging Congress to support an international agreement that backers say will prevent Iran from acquiring a nuclear weapon for at least a decade.

Organized by the non-profit No Nukes for Iran Project, the ad is the latest sign that White House allies are stepping up lobbying efforts to keep the deal with Tehran on track. For the moment, it looks as though Congress cannot block the deal, although some Democratic defections—Sen. Chuck Schumer of New York and Robert Menendez of New Jersey—are raising blood pressures ever so slightly inside the White House.

“We remain deeply concerned that Iran is unflinchingly anti-Semitic and an unapologetic state-sponsor of terrorism. However, a nuclear-armed Iran would be even more dangerous,” the pro-deal leaders write. “While not perfect, this deal is the best available option to halt Iran’s nuclear weapons program.”

Its signatories include three former chairs of the Conference of Presidents of Major American Jewish Organizations, 10 former heads of many of its biggest member organizations and three former members of Congress.

Notable among the signatories is Thomas Dine, a former executive director of the American Israel Public Affairs Committee. That group, perhaps the most powerful pro-Israel lobbying Washington, is strongly opposed to the deal: “Congress should insist on a better deal,” AIPAC leaders urge in a call-to-action message.

Along with AIPAC, the studiously apolitical American Jewish Committee and the typically liberal Anti-Defamation League have also come out against the deal. The Iran deal faces opposition from some of the biggest Jewish Federations in America, including Chicago, Los Angeles, Boston, Philadelphia and Miami.

The question of the deal with Iran is a tough one for Jewish voters, who overwhelmingly support Democrats. (The Pew Research Center finds that 61 percent of Jewish voters identified as Democrats or lean Democratic, while just 31 percent are Republican or lean that way.) Yet polls find Jewish voters souring on Obama; a Gallup poll in March found Obama’s approval rating among Jewish voters at 50 percent, down from 77 percent during 2009.

The Republicans looking to replace Obama at the White House have loudly opposed the deal, saying it was gives Iran too much in exchange for too little. Obama has stridently defended it and is urging Congress to get out of his way.

China, Russia, France, the United Kingdom, Germany and the United States negotiated the deal with Iran. Under the deal, Iran will get relief from sanctions and regain access to international oil markets, which will bring it a windfall of about $100 billion. In exchange, Iran must dispose of most of its low-enriched uranium, stop efforts to produce or acquire more nuclear fuel and consent to inspections.

Thursday’s ad was unlikely to change the overall tone of the debate, although it was a signal that supporters of the deal were starting to mobilize as Congress starts to make its way back to Washington after its August recess.

The ad quotes retired Admiral Ami Ayalon, the former Chief of the Israeli Navy and former head of the nation’s security service. “When it comes to Iran’s nuclear capability, this [deal] is the best option,” he is quoted as saying.

“We agree with Admiral Ayalon and leading Israeli military, scientific and intelligence experts who share this view,” the signatories echo. 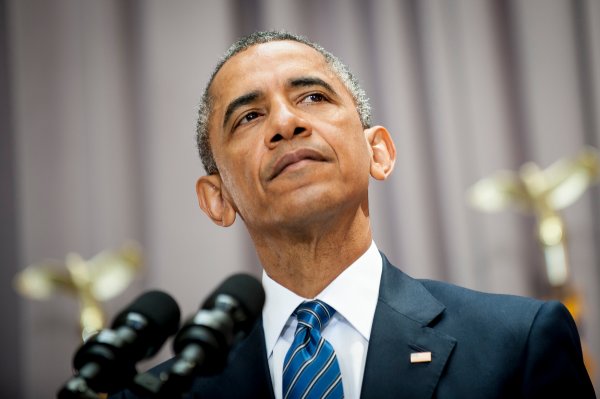