Tim Tebow Breaks Up Fight Between Ravens and Eagles

Tim Tebow of the Philadelphia Eagles warms up prior to the game against the Indianapolis Colts on Aug. 16, 2015 at Lincoln Financial Field in Philadelphia.
Mitchell Leff—Getty Images
By Tanya Basu

Tim Tebow might be famous for his prayer crouch, dubbed “Tebowing,” at NFL games. But the Philadelphia Eagles player might want to add “diplomacy” to his list of skills.

Tebow’s team was co-practicing with the Baltimore Ravens on Wednesday when, for unclear reasons, a fight broke out between the teams. The quarterback then stepped in, according to Sports Illustrated, and cooled tempers. Bleacher Report‘s Mike Tanier wrote that the players “[parted] like the Red Sea” when Tebow intervened.

The former Florida Gators star is attempting to earn a place as a third-string quarterback with the Eagles. 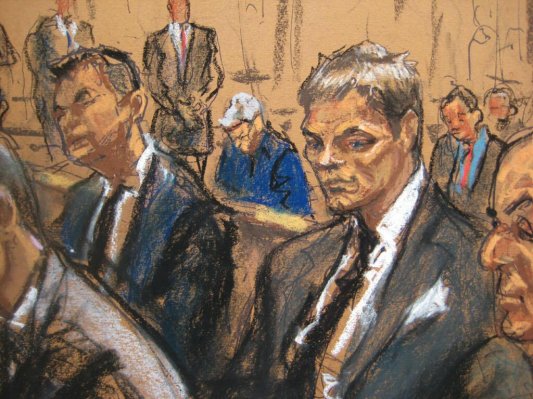 Artist Behind Viral Tom Brady Sketch Might Sell Her Infamous Drawing
Next Up: Editor's Pick