Watch This Hypnotizing Video of Rare Twin Typhoons in the Pacific

Prepare to be enthralled: a Japanese satellite has captured twin typhoons—that’s Goni on the left, Atsani on the right—swirling simultaneously for the first time since October, 1997.

The stunning images come courtesy of Japan’s new weather satellite, the Himawari-8, currently coasting about 22,000 miles above the Pacific. The video is able to capture the typhoon’s movement especially well because the Himawari-8 is snapping photos every ten minutes. U.S. weather satellites take shots every three hours, and at half the resolution.

The twin typhoons are a weather oddity—it’s the first time in about 18 years that twin typhoons have been observed. Incidentally, 1997 is known for hosting a particularly strong El Niño (we’re in the middle of another El Niño now), which tends to lead to typhoons in the central Pacific, according to Eric Holthaus, a meteorologist who writes for Slate. The stronger storms lead to stronger El Niño effects, leading to “a feedback loop of sorts,” Holthaus writes.

Goni might make landfall near the Philippines, Taiwan, or Japan over the next week or so. Atsani is so far not expected to affect any country. 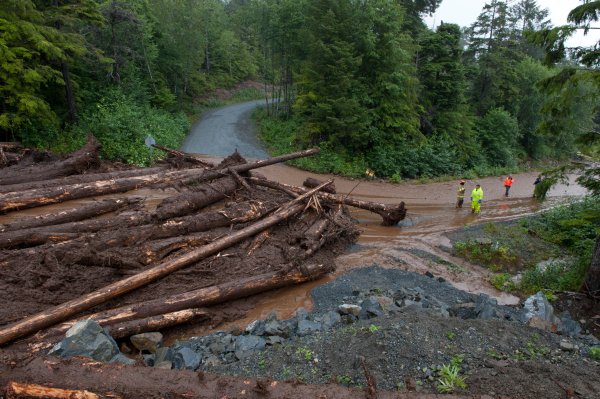