Why the Drought Has Led Some Parts of California to Sink

A field of recently planted crops grows off California Highway 65, near Ducor and south of Porterville during the historic California drought on June 24, 2015 near Ducor, Calif. The rural poor depend on groundwater and with farmers digging deep to water their fields, communities relying on groundwater struggle.
Patrick T. Fallon—The Washington Post/Getty Images
By Justin Worland

Some land in California’s Central Valley is sinking as by as much as 2 in. per month as water is pumped out of the ground to serve the state during its historic drought, according to new research.

The land sinking, known as subsidence, has occurred in California for decades but never at such a rapid rate. Researchers attribute the faster subsidence rate to increased consumption of groundwater beneath the earth’s surface due to the drought. Groundwater levels have recently reached record lows, according to a California Department of Water Resources press release.

The rapid sinking has the potential to disrupt key infrastructure in the region, including bridges, roads and structures to prevent flooding. The state enacted legislation to improve management of groundwater last year, but key provisions will not go into effect for years.

To evaluate subsidence rates for the new research, NASA scientists looked at changes in satellite images over time. The research was provided to the California Department of Water Resources, which released the findings.

“Groundwater acts as a savings account to provide supplies during drought, but the NASA report shows the consequences of excessive withdrawals as we head into the fifth year of historic drought,” Department of Water Resources Director Mark Cowin said in a statement.

READ NEXT: Why Some California Cities Are Bracing for a Bear Invasion 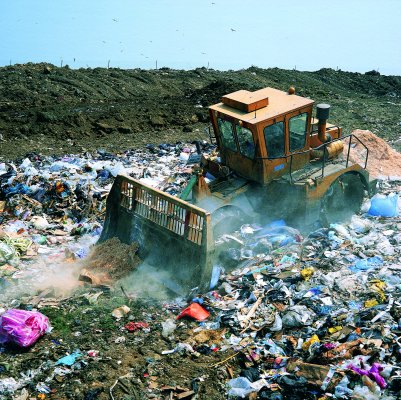 By Wednesday Humans Had Used a Year's Worth of Natural Resources In 2015
Next Up: Editor's Pick