A 2-year-old boy may have accidentally shot and killed his father, police say.

A man was discovered Tuesday in an Alabama apartment with a fatal gunshot wound to the head, the Associated Press reports. The child was the only other person at the apartment, and police say they have ruled out suicide or an intruder among other possible scenarios and believe the toddler was the one who accidentally fired the weapon.

The AP reports that the child lived with his mother and another sibling in the apartment, and that the child’s father was often there during the day while the mother was at work.

Police are calling the incident a “horrible accident.” 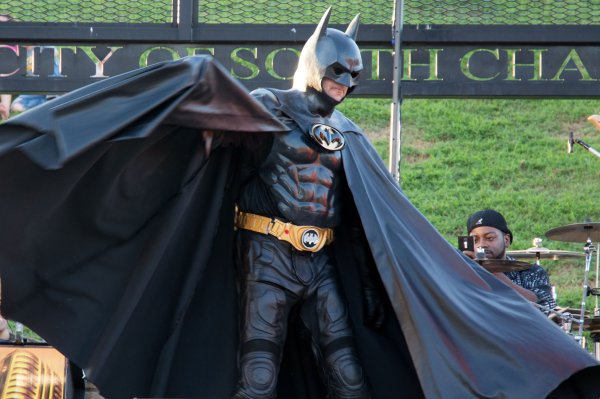 'Batman' Killed in Maryland Roadside Accident
Next Up: Editor's Pick