Maybe you grew up watching Power Rangers and wished that Zords were real.

Maybe you’re an anime fan who has long daydreamed of a world inhabited by Gundam mobile suits.

We’re not there yet, but we’re getting closer now that two giant robots are set for a hand-to-hand, East-meets-West battle to determine the fate of the world (or at least international bragging rights).

Earlier this summer, American robots company MegaBots challenged a Japanese company, Suidobashi Heavy Industry, to a robot duel. Suidobashi raised the stakes, however, when they suggested their machines fight hand-to-hand. MegaBots has a long way to go before their prized machine, Mk.II, is ready to throw down instead of fire paintballs, so the company launched a Kickstarter campaign Tuesday to raise the necessary funds to make Mk.II faster, self-balancing, better armored and way, way better looking.

It isn’t just the general public who is pitching in, however. Along with Kickstarter donations, MegaBots has rounded up a group of robotics luminaries, including Mythbusters‘ Grant Imahara, to make the sure the robot has everything it needs to succeed—and look good doing it.

They’re looking to raise $500,000, and with more than $195,000 already raised in a day, MegaBots appears on track to meet that goal. But if merely watching robots fight isn’t enough, a hefty donation can get you strapped in to experience it all yourself. 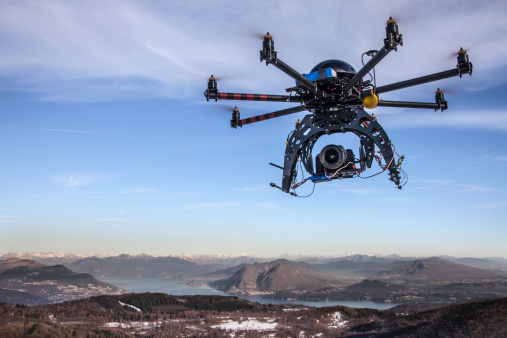 We Don't Need More Laws Protecting Our Privacy From Drones
Next Up: Editor's Pick