He’s being sued by Donald Trump for pulling out of a restaurant venture following the presidential candidate’s comments about Mexican immigrants.

Andrés was supposed to open a restaurant at a Trump hotel in 2016, but backed out of the deal in protest of the comments Trump made about Mexican immigrants being drug dealers and rapists, The Local reports. The litigious real estate mogul fired back with a $10 million lawsuit.

Andrés is himself an immigrant to the United States, and he was recently granted citizenship in 2013. The chef told Spanish newspaper El País:

The crowdfunding page, called “Support Chef José Andrés Against Trump Lawsuit,” was started by Mexican former-diplomat Jorge Guajardo. After being up for 15 days, 78 people have contributed nearly $8,000 towards a goal of $100,000.

Macy’s and Univision have reacted similarly to Trump’s remarks. 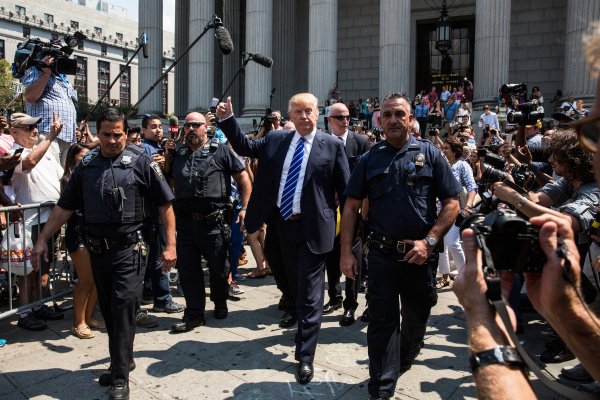