Construction workers and emergency crew members look at the damage caused by a landslide on Kramer Drive on Aug. 18, 2015, in Sitka, Alaska.
James Poulson—AP
By Nolan Feeney

Rescue crews in a small Alaskan town will search Wednesday for the bodies of three men who are presumed dead following a Tuesday landslide.

Sitka Fire Department spokesperson Sara Peterson told the Associated Press that the search is a “body recovery effort” based on “the force of the slide and that kind of impact.” Search efforts, which were suspended yesterday due to terrain concerns, are expected to resume Wednesday after a geologist evaluates the stability of the landslide site, CBS reports.

The slide occurred after the area received 2½ inches of rain in 24 hours. One witness said the landslide lasted about four minutes and destroyed at least one house and damaged another.

Two of the missing men were brothers, Peterson said: Elmer Diaz, 26, and Ulises Diaz, 25. The other man was city fire marshal William Stortz, 62. Another city official, Mark Gorman, told KTVA-TV that he delivered the news to Stortz’s wife.

“I was the one who called her to tell her husband was missing in a landslide,” Gorman said. “And she came up with her orange, rubber gardening gloves, just a mess, and saying, ‘I’m here to start digging.'” 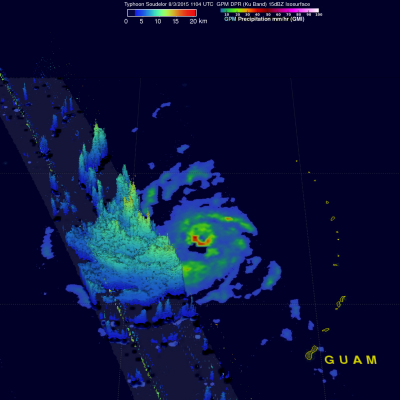 Supertyphoon Hurtles Across Pacific
Next Up: Editor's Pick