Fighters of the Islamic State in Iraq and Greater Syria (ISIS) militants have reestablished dominance over the Libyan city of Sirte after using brutal force to suppress a rebellion by residents of the city in recent days.

The militants shelled a residential neighborhood and hung at least four bodies from lampposts in the coastal city, according to witnesses who spoke to the U.N. Support Mission in Libya. The militants also beheaded 12 people, according to the foreign minister from Libya’s internationally-recognized government who spoke to officials from Arab states in Cairo on Tuesday.

The fighting in Sirte underscores the persistence of an ISIS-dominated enclave in Libya that emerged from the chaos of a civil war pitting two rival governments and a range of local militias against one another. For months, neither of the competing governments or their allied military forces have demonstrated an ability to dislodge the extremists.

In the context of the Libyan political stalemate, the fighting in Sirte also raises the question of whether ISIS can maintain a hold on its only territorial island outside of the group’s heartland in Iraq and Syria. ISIS was driven out of a separate enclave in the eastern Libyan city of Derna after a campaign by a rival militia earlier this summer.

“It’s not a coincidence that those who rose against ISIS in Sirte were just a group of shabab, you know, it’s like the local boys. There was never any attempt by the Tobruk government to put together a military force to fight against ISIS in Sirte or in the surrounding areas,” says Claudia Gazzini, a Tripoli-based senior analyst with the International Crisis Group.

The rebellion in Sirte began after ISIS shot dead a local preacher, Khaled Ben Rajab al-Ferjani, who was known for his opposition to the group, on the night of Aug. 10. Members of the sheikh’s Firjan tribe, attacked ISIS but were defeated. As many as 38 people died, according to estimates cited by the U.N.

The details of the fighting in Sirte are disputed and impossible to verify. In a video uploaded to YouTube that claims to document the clashes on the night of August 11, the sound of explosions and automatic gunfire can be heard in the darkness. A widely circulated photo identified as emerging from Sirte appears to show bodies hanging from scaffolding.

Frederic Wehrey, an expert on Libya at the Carnegie Endowment for International Peace in Washington, says the conflagration in Sirte could represent an underlying problem with ISIS’ strategy in Libya, where the group may be attempting to replicate its approach in parts of Iraq and Syria by attempting to win the support of some local groups. According to Wehrey, ISIS had in fact recruited members of the same tribe that rebelled against it in Sirte.

“ISIS is moving in and it’s playing this tribal card, in some cases the tribes. Local tribes may support it out of expediency and self-protection as they do in Iraq or Syria,” he says. “But that’s a thin bargain, and something went wrong here in Sirte, and the bargain unraveled. In some cases it shows the limits of ISIS’ expansion in Libya that they bump up against these tribal barriers and they’re forced to act with great brutality.”

The city of Sirte, on the Mediterranean coast in north central Libya, has been a focal point for the jihadists in the last year. The group, who reportedly include a number of foreign fighters, established a foothold as state institutions receded across the country in the the civil war.

Sirte is the hometown of Muammar Qaddafi, the dictator who ruled Libya until his demise in the NATO-backed uprising of 2011. According to Gazzini and other experts, the ISIS branch in the city succeeded in recruiting people who still profess loyalty to the old regime, offering them a chance at a comeback from the years when they faced persecution under the forces that came to power following the revolution.

Sirte was where ISIS abducted Coptic Egyptian workers who were among the 21 men executed on video in February. Some of the workers were seized from a vehicle while attempting to flee the city after other Christians were murdered in the town. Sirte is also believed to be the base for the group’s raids on the oilfields in the desert south of the city.

At the meeting of Arab diplomats in Cairo on Tuesday, Libyan Foreign Minister Mohammed al-Dairi called for the removal of a U.N.-imposed arms embargo, arguing that the ban was depriving his government of the weapons it needs to battle the jihadists. That demand, supported by Egypt, was a restatement of a long-held position by the recognized government, which only controls parts of Eastern Libya.

Experts monitoring the fighting in Libya cast doubt on the foreign minister’s argument.

Meanwhile, as in Iraq and Syria, ISIS have established a stronghold, which could be a base for future growth in Libya and beyond, amid the vacuum of civil war. 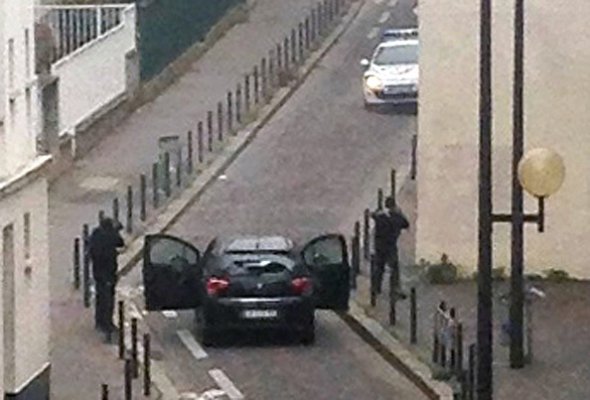