Zimbabwe Charges Another Man Over Cecil the Lion Killing

Zimbabwe has charged another man in relation to Cecil the Lion’s killing, but it’s not the American dentist who shot the animal last month.

Prosecutors accused farmer Honest Ndlovu on Tuesday of allowing Walter Palmer to hunt on his land without the proper approval, the Associated Press reports. “Both the professional hunter and land owner had no permit or quota to justify the offtake of the lion and therefore are liable for the illegal hunt,” the Zimbabwe Parks and Wildlife Management Authority said in a previous statement.

Ndlovu, who faces a $400 fine or a year in prison according to his attorney, is out on bail. He is the second man to be charged after Theo Bronkhorst, who pleaded not guilty to “failing to prevent an illegal hunt” in late July. Zimbabwe authorities say Bronkhorst lured Cecil the Lion out of his home in a national park and onto Ndlovu’s land, where Palmer shot the animal with a bow and arrow and, later, a gun.

Palmer said he believes he acted lawfully and that his hired guides had the necessary permits. Since becoming the subject of widespread outrage, Palmer has stayed out of the public eye, though his dentistry practice re-opened earlier this week. 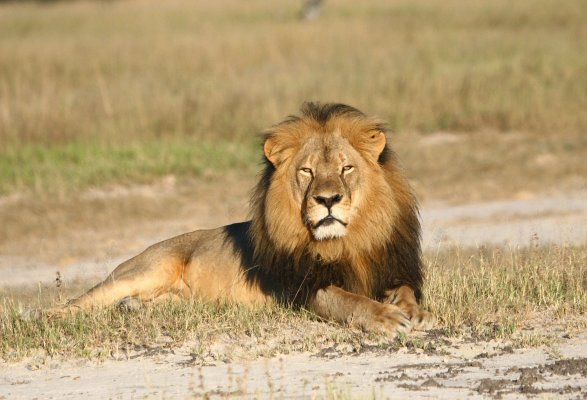 5 Ways to Fight Poaching
Next Up: Editor's Pick