Martin O’Malley’s campaign has reached out privately to Bernie Sanders about arranging debates outside the six contests allowed by the Democratic National Committee, risking the ire of the Democratic party in a bid to gain traction for his candidacy.

The DNC has sanctioned four debates before the Iowa caucus next year, two fewer than in the ’08 election cycle, and mandated that the candidates do not participate in any outside debates.

O’Malley and Sanders have both protested the limited number of debates this cycle.

“Over here on our side there’s no debate,” said O’Malley on Tuesday on New Hampshire radio, criticizing the DNC’s one sanctioned debate in the Granite State on December 19. “Right now, the DNC in a very strange way, unprecedented, never before, is telling the people of New Hampshire that the Democratic Party can only afford one debate that’s going to happen at the height of Christmas shopping season, which adds insult to the injury.”

For O’Malley, who is trailing in the polls, televised public debates would provide a crucial venue to gain name recognition among voters and jumpstart his campaign. His campaign has alleged that the DNC’s rules unfairly favor frontrunner Hillary Clinton.

Sanders has also repeatedly called for more debates, saying that he is “disappointed” with the DNC’s rules.

But the Vermont Senator, who is attracting large crowds at campaign rallies—including 28,000 at a recent event in Portland—is less eager than O’Malley to pursue a path that would put him at odds with the Democratic Party. He is highly unlikely to participate in a debate that does not include Clinton, and his campaign spokesman said Wednesday that the debates must include all candidates.

Tad Devine, a top advisor to Sanders, called the “debate debate” a “distraction.”

“I don’t think we’re looking to be part of some splinter group or something like that,” said Devine. “Our view is we want to work with the Party and not against it.”

The DNC’s exclusivity rule, which threatens candidates with exclusion from debates if they hold debates outside the sanctioned six, is new. In 2008, Clinton and Barack Obama debated more than a dozen times before the Iowa caucus, mostly outside the DNC framework.

A lawyer for O’Malley’s campaign has said the DNC’s exclusivity rule is “legally unenforceable,” arguing that under Federal Election Commission rules, the format and structure of debates is controlled by the debate sponsor, and not by the political party. O’Malley and Sanders have both called for a more open debate process.

“I do not believe it’s enough,” Sanders said on the debate. “Debates are one way to engage people in the democratic process.” He said Wednesday he would like to see the AFL-CIO or other groups sponsor additional debates.

“I’m going to show up for the debates as they are scheduled, and I look forward to having robust good opportunity to exchange views with my fellow candidates,” Clinton said in New Hampshire earlier this month.

O’Malley on Tuesday also challenged Clinton to speak out for more debates among the Democratic candidates for president, saying that he has waited for her to speak out.

“I have called upon Secretary Clinton herself in fact to call for more debates and the silence has been deafening,” said O’Malley in his Wednesday radio interview. “What we should be doing is having a debate about the issues that matter to people around their kitchen table.” 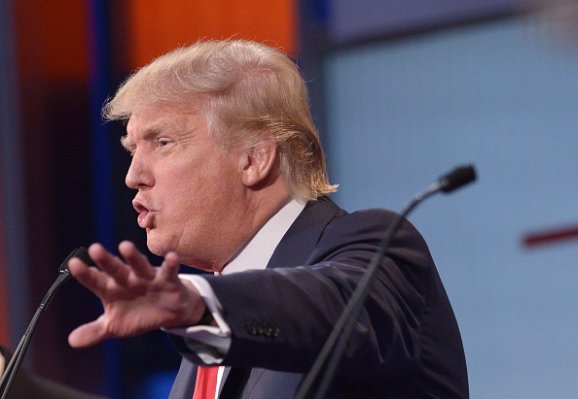 Trump: Moderator Had 'Blood Coming Out of Her Wherever'
Next Up: Editor's Pick