The Spectrum of Choice: Sex Industry Veterans Speak Out

Not everyone who works in the sex trade is a victim. Yet a significant portion of women who work in the sex trade are coerced in some way. And sex trafficking (commonly defined as recruitment, coercion or transport for the purposes of sexual exploitation), is rampant.

According to a 2014 report from the UN-backed International Labor Organization, 4.5 million people are trafficked for sex, generating $99 billion a year in revenue from forced sexual exploitation. Of the 208 human trafficking prosecutions pursued by the Department of Justice in 2014, 190 were for sex trafficking, according to a State Department report on trafficking released in July. That’s over 91%.

In some cases, especially in the United States, the line between trafficking and consensual sex work can get blurry. “I feel myself to be in between trafficking and having a choice,” says Kimmy,* a former prostitute serving time in Cook County jail on unrelated charges. She says she was pimped out by her former boyfriend. “I didn’t realize I was being sold or that I was being pimped…He wasn’t all bedazzled out with rings and fur coat and big car. He was just regular, a regular person.”

*We’ve changed Kimmy’s first name in order to protect her from possible retribution.

MORE To read TIME’s special report on how one Illinois county is trying a new tactic to curb prostitution and to see more videos, click here. 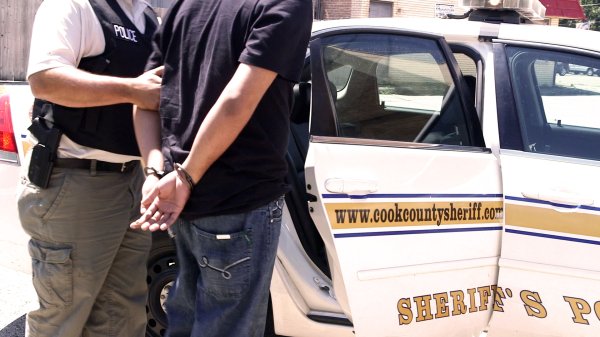 The Prostitution Paradox: How One County is Targeting Men Who Buy Sex
Next Up: Editor's Pick