Administrator of the U.S. Environmental Protection Agency Gina McCarthy at a hearing before the House Science, Space, and Technology Committee in Washington on Jul. 9, 2015.
Alex Wong—Getty Images
By Justin Worland

The Environmental Protection Agency (EPA) on proposed Tuesday dramatic cuts to methane gas emissions from the country’s oil and gas industry, part of a broader White House push to address climate change. The regulations, the first ever of their kind, play a key role in the Obama administration’s goal of cutting overall methane emissions by 40 to 45% over the next decade from 2012 levels.

The proposed rule will directly lead to a 20 to 30% reduction in methane emissions from the energy industry, Janet McCabe, acting assistant administrator for EPA’s Office of Air and Radiation, said on a conference call for journalists. The EPA did not specify how the U.S. plans to make the further methane cuts needed to reach Obama’s 40 to 45% goal.

Methane, the key component of natural gas, is the second most prevalent greenhouse gas emitted by human activity, and pound for pound, has more than 25 times greater an effect on climate change than carbon dioxide over a 100-year period. (Over the long term, the differences between the two gases narrow, because CO2 remains in the atmosphere much longer than methane.) Leaks from the oil and natural gas industry make up nearly 30% of methane emissions in the United States, with the rest coming from agriculture and landfills, among other sources.

In recent years, the rapid increase in hydraulic fracturing, better known as fracking, has fed concern over methane emissions. Oil and gas producers emit methane gas as a byproduct in the fracking process, as well as through leaky pikes and other faults in the energy supply chain. A number of recent studies have suggested that the oil and gas industry releases more methane into the environment than previously recognized, four times as much by some accounts. Natural gas gathering and processing facilities leak about 100 billion cubic feet of natural gas annually, according to a study released Tuesday.

The EPA announcement calls for new standards at fracking wells, natural gas processing sites and other spots subject to leaks.

“Today, through our cost-effective proposed standards, we are underscoring our commitment to reducing the pollution fueling climate change and protecting public health while supporting responsible energy development, transparency and accountability,” said EPA Administrator Gina McCarthy in a statement.

Read More: Obama to Unveil ‘Most Important Step’ Ever to Combat Climate Change

The proposed rule drew immediate praise from environmental advocates, though many used the opportunity to express lingering concerns over continued U.S. reliance on fossil fuels. On Monday, a federal agency gave final approval for new oil drilling in the Arctic—another sign that the Obama Administration will continue to support the production of oil and natural gas in the U.S. even as it tries to regulate the industry. (Presidential candidate Hillary Clinton announced her opposition to Arctic drilling on Monday).

The proposed regulations would only address emissions at new oil and gas wells, which drew criticism from environmental groups as inadequate.

“These rules pave the way for the Administration to move swiftly to curb emissions from existing sources,” said Sierra Club executive director Michael Brune in a statement. “Controlling methane, however, is not an end in itself and it will not make fracked oil and gas safe. Continued reliance on dirty fossil fuels is a dangerous course for our communities and our climate.”

Unlike the swift condemnation of Obama’s Clean Power Plan earlier this month, industry reaction to the proposed rule has been muted thus far. Still, Harry Weiss, head of the Environment and Natural Resources Group at Ballard Spahr, a major law firm, said the proposed rule would likely prompt complaints from at least some in the industry. “Any regulation has the potential to seem onerous, particularly when the regulated community has to dig into their pockets,” he said.

The White House has announced new initiatives to address climate change at a rapid clip in recent weeks. Most significantly, the EPA announced earlier this month a mandated 32% reduction in carbon emissions from power plants by 2030 from 2005 levels.

The White House hopes the push on climate change will provide momentum on the issue going into a December United Nations conference on this issue. Climate activists and government officials around the world hope the meeting will lead to the first binding agreement mandating policies to address climate change. Recent announcements from the Obama administration signal that the U.S. intends to play a key role in those discussions, unlike in past conferences on the issue.

“What this proposal shows… is just how serious this administration is about putting real concrete measures in place to reduce emissions of harmful CO2 and methane,” said McCabe. 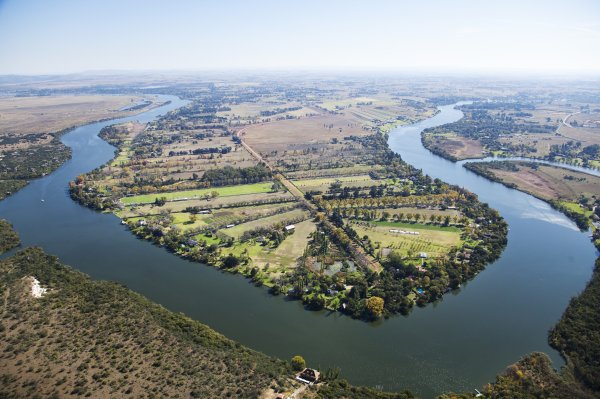