George Zimmerman poses for a mug shot photo after being arrested and booked into jail at the John Polk Correctional Facility in Sanford, Fla. on January 9, 2015.
Getty Images
By Tanya Basu

The Florida gun store that declared itself a “Muslim-free zone” is now selling prints of the Confederate battle flag—painted by none other than George Zimmerman.

Florida Gun Supply came under fire in July after owner Andy Hallinan declared his Inverness store a “Muslim-free zone” on YouTube. “I will not arm and train those who wish to do harm to my fellow patriots,” Hallinan said in the video. In response, the Council on American-Islamic Relations sued.

“George started painting an American Flag on this canvas, but heard about Andy getting sued by CAIR (the Counsel for American/Islamic Relations) while he was working on the painting,” the gun supply store’s site said. “George decided to scrap the original American Flag painting and repaint it with a Confederate (Battle) Flag.”

The site also posted a 10-minute “mini-documentary” of Zimmerman, who was acquitted of the controversial shooting death of Trayvon Martin in 2013, and Hallinan discussing “media bias” against their political positions.

The print is going for $50 on the site, with the two splitting proceeds to “support their legal funds, living expenses, and advancing their mission to change the country. A percentage of proceeds will also go directly to the Boys and Girls Club to help the support the next generation.” 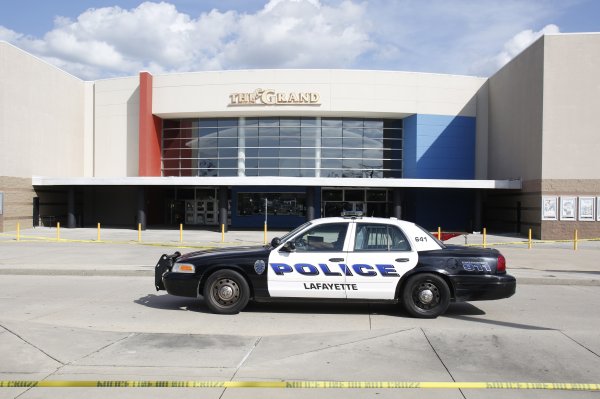 Why Movie Theaters Aren't Racing to Add Metal Detectors
Next Up: Editor's Pick