Lazio's supporters shout slogans before their Serie A soccer match against AS Roma at the Olympic stadium in Rome, on May 25, 2015.
Alessandro Bianchi—Reuters
By Tara John

Italian police are mystified over why and how a severed left leg, tattooed with the words “Today is a good day to die,” ended up in a river outside Rome.

The limb of the victim, identified as Gabriele di Ponto by Italian newspaper Il Messagero, was found by a fisherman last week in a tributary of the Tiber river, north of Rome. Investigators believe it was in the water for less than two days.

An electric saw was used to sever the leg above the knee, according to findings from a post mortem examination. Police believe Di Ponto was murdered and dismembered, but the location of the crime has yet to be ascertained.

Di Ponto has a criminal history of drug dealing and violence, having carried out his first armed robbery at the age of 18, according to Il Messagero. He was also a member of the far-right ‘ultra’ supporters of the Rome soccer club Lazio

The tattoo “Today is a good day to die,” is a motto for a group of Lazio fans called the Mister Enrich Legion, named after a British cartoon character that was also tattooed on his leg, reports Sky News.

It was these markings that helped the 36-year-old’s relatives identify the leg. DNA tests are being carried out to confirm his identity.

The soccer fan was married to an Italian-Tunisian woman and, according to her father, she left him after a month as he was abusive. “I have never come across anyone as nasty as him,” her father told Il Messagero.

Di Ponto had a limp, which was caused by gun shot wounds. It was his handicap that help police identify him as the perpetrator of a spate of robberies. He boasted about his time in prison on Facebook, writing, “better to be in a cell, silent, than to be without honour,” Il Messagero reports. 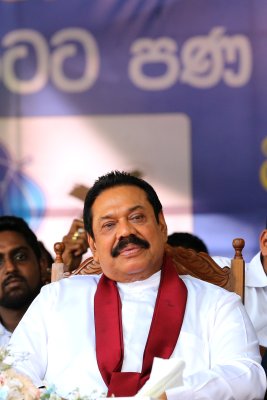