Singer Matisyahu performs at the official opening ceremony of the European Maccabi Games at the Waldbuehne in Berlin on July 28, 2015.
Sean Gallup—Getty Images
Ideas
By Rabbi David Wolpe
Wolpe is the Max Webb Senior Rabbi of Sinai Temple in Los Angeles, the author of eight books and has been named one of the 50 most influential Jews in the world by the Jerusalem Post.

In his monumental work The Origins of the Inquisition in Fifteenth Century Spain, Benzion Netanyahu, the father of the current Israeli prime minister, argued that anti-Semitism changed during the Spanish Inquisition. Jews were not targeted because they had different beliefs — those who adopted Christianity were targeted, too. The hatred against them was racial. Just being Jewish made you different. In that malevolent way, Spain anticipated Nazi Germany.

How far we have not come. The Jewish-American rapper Matisyahu was recently disinvited from a concert in Spain because he would not sign a statement endorsing a Palestinian state. Matisyahu is not a citizen of Israel. He does not vote in its elections or create its policy. This was not a statement of belief but an unfairness based on the fact that Matisyahu is a Jew.

Matisyahu responded on Facebook: “Honestly it was appalling and offensive, that as the one publicly Jewish-American artist scheduled for the festival they were trying to coerce me into political statements.”

As I’ve written before, the Boycott, Divestment, Sanctions movement increasingly shows that it has deep roots not in political opinion, but in hatred of and unfairness toward Jews. People who insist that artists sign political statements or who boycott them are people who have learned nothing from the 20th century. They are petty tyrants clothing themselves in a faux compassion that gives their lust for power the garb of respectability.

The wave of anti-Semitism sweeping across Europe and Latin America has become undeniable and increasingly frightening. A recent Anti-Defamation League survey found anti-Semitic levels across Europe — including in Spain — at “disturbingly high levels.” On a recent trip to Argentina, I listened to young people who were looking for a way out. The bombing of a Jewish center and the subsequent evasions and untruths that culminated in the murder of the Jewish prosecutor had convinced them that shadows would never lift from the community.

Netanyahu penned his history for the same reason that he raised his children — Jonathan, the slain leader of the Entebbe hostage rescue raid, and Benjamin, the prime minister of Israel — to love the land of Israel. Netanyahu saw from his studies that hatred is recalcitrant and does not seem to disappear. We have seen people singling out Jews for different treatment before, and it does not end with oaths. “Loyalty” oaths are despicable, but they are only the beginning. They are the first exercise of something far more pernicious.

It is not a great loss to Matisyahu that he will not appear at the week-long festival in Valencia. The loss to Spain is far greater. Perhaps Spanish students do study history, but some of them still seem doomed to repeat its mistakes. 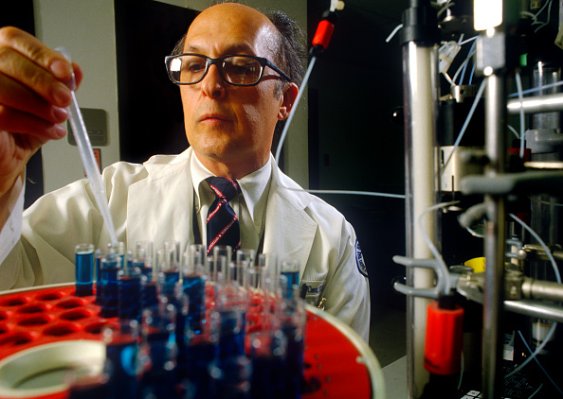 How America Is Falling Behind on Scientific Research
Next Up: Editor's Pick