The U.S. Food and Drug Administration (FDA) could soon approve a drug that’s been called a “female Viagra”—the first medication to treat a lack of sexual desire among women.

The agency is expected to make a decision on the drug, known as flibanserin, on Tuesday.

The drug, which is supposed to treat hypoactive sexual desire disorder, has already been rejected twice. Medical experts who oppose its approval argue flibanserin’s results are not very encouraging, and that the drug has undesirable side effects like dizziness and sleepiness. However, many individuals and campaign groups in support of the drug have taken a very public and loud stance in the past year, arguing that it’s sexist that there’s no drug for women that treats a lack of sexual desire. In June, an advisory panel to the FDA recommended that the agency approve the drug.

“I am very opposed to the drug and have been since it first went to the FDA in 2010 and it was rejected. Then it was rejected a second time. The drug hasn’t changed, the data hasn’t changed, and my opinion hasn’t changed. I think it’s a disaster. It’s unsafe and it doesn’t work. That is all a drug is supposed to do. Work and be safe. The third strike is the illegitimate means by which the company [Sprout Pharmaceuticals] tried to distract the FDA by honing in on this completely erroneous accusation of sexism. The campaign is totally inappropriate.”
—Leonore Tiefer, clinical associate professor of psychiatry at NYU School of Medicine.

“Flibanserin is a game changer for women with hypoactive sexual desire disorder. I see it as one of the top health innovations for the coming year.”
—Dr. Holly Thacker, women’s health specialist at Cleveland Clinic.

“Women who have been treated for cancer often experience a loss of sexual desire as an unwelcome and surprising long-term side effect. Many survivors will greet flibanserin with enthusiasm and high hopes. But we need rigorous, independent research to separate the hype from the benefit and to ensure that we can recommend this drug with confidence.”
—Andrea Bradford, assistant professor of gynecologic oncology and reproductive medicine at MD Anderson Cancer Center.

“To approve this drug will set the worst kind of precedent — that companies that spend enough money can force the F.D.A. to approve useless or dangerous drugs.”
—Dr. Adriane Fugh-Berman of Georgetown University told the FDA committee in June.

“This one is not a fabulous drug, but it would be nice to have it. It’s for someone else to decide if nausea is worth more libido,”
—Dr. Mary Jane Minkin, a clinical professor of obstetrics, gynecology and reproductive services at Yale School of Medicine told TIME.

“With such a substantial placebo effect and a very small benefit of the drug, is flibanserin safe enough to justify approval? We would say no.”
—Christina Silcox, PhD senior fellow at the National Center for Health Research in FDA testimony.

“It’s exciting we’ll have this in our armorarium… but we all wish it was a better drug.”
—Dr. Amy Whitaker, FDA panel member and assistant professor in the Department of Obstetrics and Gynecology at the University of Chicago.

“Currently, there is no drug available in the U.S. for the treatment of hypoactive sexual desire disorder (HSDD), and clinicians and patients are very interested in having access to an approved medication. Once the drug is available to clinicians and patients, the role of the drug in the treatment of HSDD will be better clarified.”
—Dr. Bob Barbieri, chair of the department of obstetrics and gynecology at Brigham and Women’s Hospital. 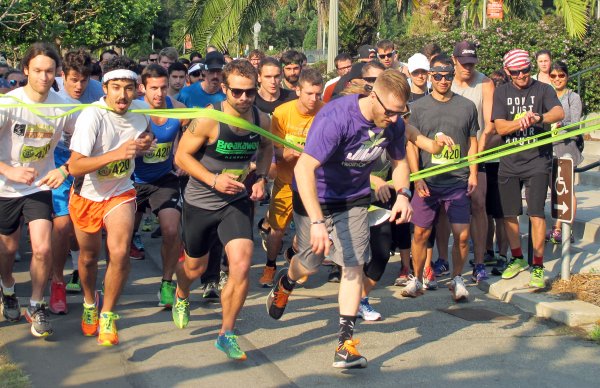 These '420 Games' Athletes Want to Change the Perception of Weed
Next Up: Editor's Pick