Jeff Bezos has sent out an internal memo to staff in which the Amazon founder and CEO dismissed the scathing criticism of his company’s workplace culture in an article from The New York Times.

According to CNBC, Bezos said in the memo that the NYT article “doesn’t describe the Amazon I know or the caring Amazonians I work with every day.” The article, published over the weekend by NYT, depicts an exceedingly harsh environment for employees at Amazon, which recently surpassed Walmart to become the world’s most valuable retailer. The story describes Amazon as a “bruising workplace” where employees are routinely mistreated and pitted against one another, all while working long hours.

But, in Bezos’ estimation at least, the NYT article does not come close to capturing the experience of life at Amazon and he invites his employees to e-mail him directly to share any stories they have that would corroborate the story told in the scathing piece. “Even if it’s rare or isolated, our tolerance for any such lack of empathy needs to be zero,” Bezos notes in the memo.

Bezos is not the first high-ranking person at Amazon to speak out against the negative article. Nick Ciubotariu, Amazon’s head of infrastructure development, responded on LinkedIn on Sunday, with a post defending his company, and arguing that “singling out several outliers to vilify an entire company does not represent truth in journalism.”

Read next: Your Amazon Kindle Is About to Get Way Better 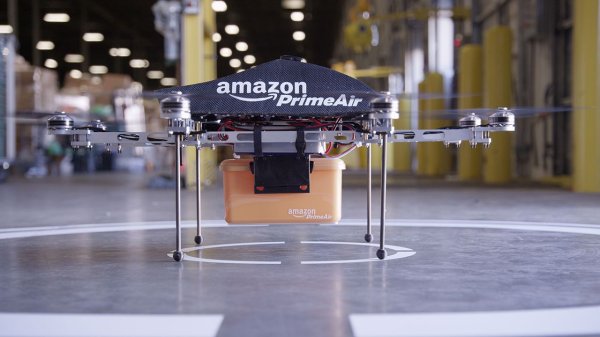 Amazon Wants a Special Air Zone For Its Fancy Delivery Drones
Next Up: Editor's Pick