Republican presidential candidates favored by the party establishment have lost ground to Donald Trump since the first GOP debate, according to a new poll, with Jeb Bush, Scott Walker and Marco Rubio all struggling the summer before voting starts.

Former Florida Gov. Jeb Bush has fallen from 15% earlier this month to fourth place among Republican nationally, according to the Fox News survey, with just 9% support. Wisconsin Gov. Scott Walker is tied for fifth place at 6%—down from 9%—and Rubio, the Senator from Florida is in ninth place at 5%. Meanwhile, Trump continues to dominate the GOP field nationally, with the support of 25% of Republicans.

The poll does not necessarily reflect the preferences of likely Republican voters and caucusgoers in the key early-voting states of Iowa and New Hampshire, but recent surveys have found Trump leading there, too. Republicans have been flummoxed by Trump’s seeming invincibility even in the wake of incendiary—and often widely-condemned—comments.

The survey of 1,008 registered voters, conducted Aug. 11-13, has a margin of error of plus or minus three percentage points.

Read next: What We’ve Learned Since the Republican Debates 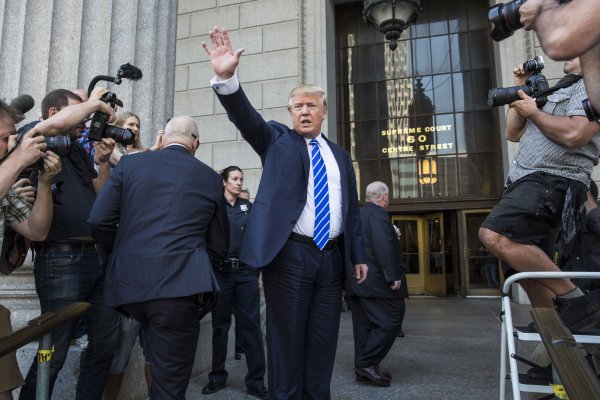 Donald Trump to Appear for Jury Duty on Monday in New York
Next Up: Editor's Pick