Keegan-Michael Key on What It's Like Rehearsing With President Obama

When President Barack Obama appeared at this year’s White House Correspondents’ Dinner, he got a little help from Keegan-Michael Key as Luther, his anger translator. Key appeared on the Tonight Show this week to talk about how the bit came together and why performing with Obama was the “second greatest day of my life.” (“Because I love my wife,” he added.)

Key tells the story of how several years ago, when Obama appeared on Late Night with Jimmy Fallon, the president named Key and Peele’s anger translator sketch as one of his favorite comedy bits, and Key’s costar Jordan Peele immediately called him, freaking out. Years later, Obama asked Key if he would perform the bit at the White House Correspondents’ Dinner, which is how he found himself rehearsing in the White House with the leader of the free world.

Key also explained why he and Peele decided to end their show after five seasons: “We figured we’re going to go the British route, where they do like three or four seasons of everything and they go, ‘We’re done!’” (Later in the same episode, Key squeezed into a phone booth with Kevin Spacey, Karl-Anthony Towns, and Mae Whitman.)

Watch the original clip of Luther and Obama at the White House Correspondent’ Dinner below. 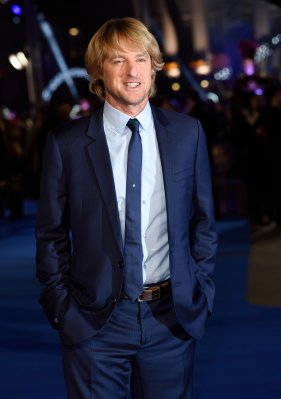 Here's a Supercut of Owen Wilson's Most Overused Movie Lines
Next Up: Editor's Pick