Donald Trump’s presidential campaign has relied on insults and one-liners to catapult the billionaire to the top of the polls. Now, Trump is trying to add substance with the release of a policy paper on immigration.

In the paper, Trump calls for ending birthright citizenship, tripling of immigration officers and a wall between Mexico and the United States—paid for by the Mexican government.

The details in the paper are among the most extensive offered on what has become Trump’s signature issue. For instance, Trump explains that he will force Mexico to pay for the wall with a variety of concrete threats like seizing funds sent into Mexico by illegal immigrants and increasing worker visa and border crossing fees

The paper was reportedly crafted with the help of Alabama GOP Senator Jeff Sessions. The two spoke by phone in July, according to the Washington Post. “I like him,” Trump told the Post. “Tough guy. I like that. We have a similar thought process.”

The immigration policy paper, rigidly conservative, focuses on the issue that catapulted Trump into the spotlight when he announced his presidential campaign. In late June, Trump attributed crime in the U.S. illegal immigration, at least in part. 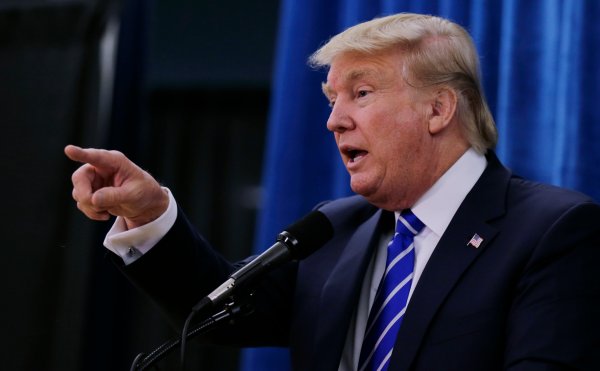 Donald Trump Calls for U.S. Ground Troops in Iraq
Next Up: Editor's Pick