Looks like Colin Trevorrow is heading to a galaxy far, far away — the Jurassic World filmmaker will direct Star Wars: Episode IX.

Walt Disney Studios chairman Alan Horn broke the news Saturday during Disney’s D23 Expo, saying of the blockbuster dinosaur sequel,“It knocked our Avengers from No. 3 [on the all-time box-office chart] but we hired him anyway.”

“This is not a job or an assignment,” Trevorrow said in a statement released in conjunction with the news. “It is a seat at a campfire, surrounded by an extraordinary group of storytellers, filmmakers, artists and craftspeople. We’ve been charged with telling new stories for a younger generation because they deserve what we all had — a mythology to call their own. We will do this by channeling something George Lucas instilled in all of us: boundless creativity, pure invention and hope.”

”Colin is someone I’ve been interested in working with ever since I saw Safety Not Guaranteed,” Lucasfilm president Kathleen Kennedy said in the same release. “The power of that film paired with the enormous success of Jurassic World speaks volumes about his abilities both as a storyteller and skilled filmmaker. We are thrilled to have such an incredible talent as Colin join our family and step into the Star Wars universe.”

Before announcing the news, Horn acknowledged that many people had heard the rumors, first reported at Heroic Hollywood during San Diego’s Comic-Con a month ago. Just days ago, Abrams confirmed to EW that he would not be returning for the finale of this new trilogy, although he’ll likely be involved as a producer. Episode VIII, meanwhile, will be overseen by Brick and Looper director Rian Johnson, who is also writing that script.

See the rest of our Star Wars presentation coverage from D23 Expo. 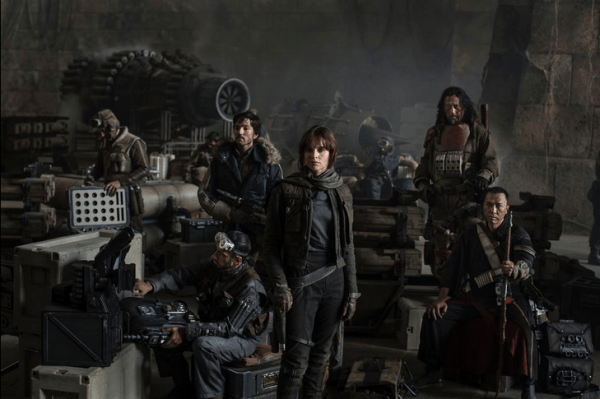 Check Out the First Star Wars: Rogue One Photo
Next Up: Editor's Pick