Check Out the First Star Wars: Rogue One Photo

Jones, who was nominated for an Oscar for The Theory of Everything this year, was up until now the only known cast member. Director Gareth Edwards (Godzilla) confirmed in a video from the set in the U.K. that Ben Mendelsohn, Forest Whitaker and Mads Mikkelsen would also be joining the cast.

The movie is a prequel that focuses on the people who stole the Empire’s plans for the Death Star in the original 1977 Star Wars film.

“It goes into new territory, exploring the galactic struggle from a ground-war perspective while maintaining that essential Star Wars feel that fans have come to know,” Lucasfilm president Kathleen Kennedy said in a statement. 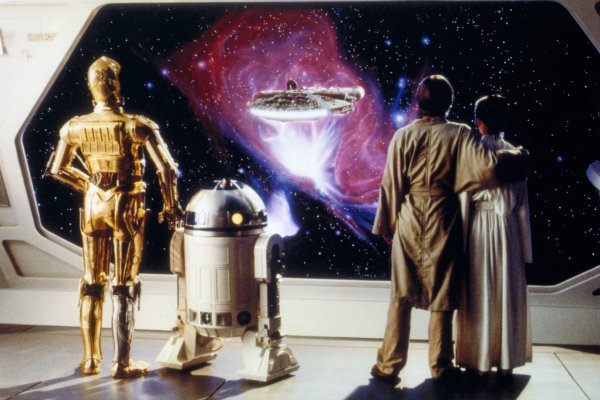