Former Secretary of State Hillary Clinton said Saturday that the ongoing investigation into classified emails on her personal server amounted to a bureaucratic dispute.

Speaking to reporters before embarking on a tour of the Iowa State Fair, Clinton said it was up to the federal agencies to sort out “what shoulda, coulda, woulda been done back four years, five, six years ago.”

“I’ve said in the past that I used a single account for convenience—obviously these years later it doesn’t look so convenient,” Clinton quipped, answering a question about her emails.

“But the facts are the same as they have been from the very beginning of these questions being raised, and most importantly I never sent classified material on my email and I never received any that was marked classified,” she said.

Speaking a day after she joked about making her emails go away, Clinton said she did not think that the inquiry was a joke.

“No it’s not,” she said, continuing, “This is the usual partisanization… of everything that goes on.”

Clinton’s comments come days after she turned over her private server to the Department of Justice as part of a probe into the handling of classified materials. According to the intelligence community, at least two emails on her server contained information that should have been marked classified when they were sent.

Clinton said she was not accusing the Department of Justice of being political. “No, we’re fully cooperating with that,” she said. “But I’m saying the way it’s being used in certain ways.”

Asked specifically about the emails now marked classified, Clinton asserted it was a bureaucratic dispute over classification protocols.

“You know that is something that they will have to determine,” Clinton said. “And I think there are disputes going on among agencies about what shoulda, coulda, woulda been done back four years, five, six years ago. That is something for them to work out.” 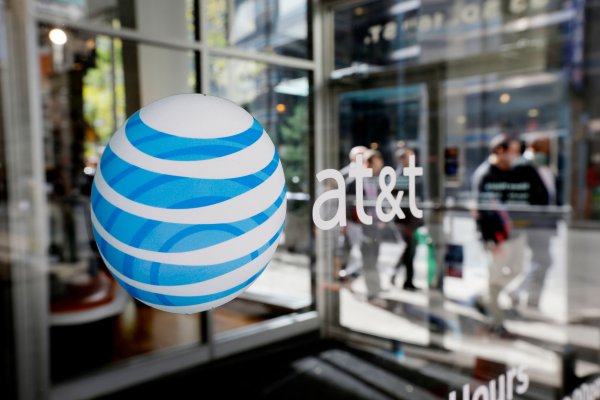 AT&T Partnered With NSA for Spying
Next Up: Editor's Pick