Attendees of Disney’s D23 expo got an exclusive look at the first footage from Marvel’s highly anticipated Captain America: Civil War on Saturday. Stars Chris Evans (Captain America) and Anthony Mackie (Falcon) were in attendance to debut the video.

The superheroes come to blows by the end of the trailer, according to Variety.

Though Tom Holland’s Spider-Man, who is expected to make his Marvel Studios debut in the movie, did not appear in the footage, audiences got their first glimpse of Chadwick Boseman’s Black Panther. Paul Rudd (Ant-Man), Martin Freeman, Paul Bettany and Emily VanCamp are all featured as well. 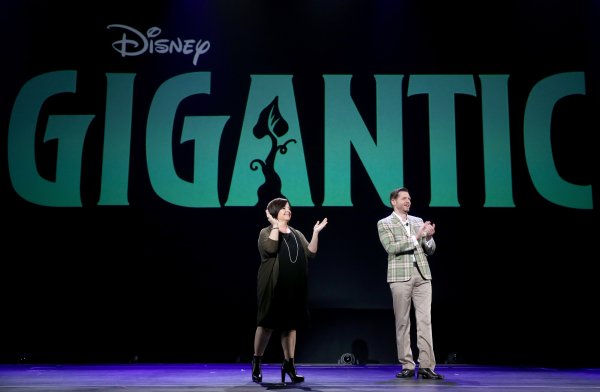 Disney Announces Jack and the Beanstalk Movie
Next Up: Editor's Pick