After 12 years, Finding Nemo character Dory will finally swim onto the big screen in sequel Finding Dory. And the forgetful fish, played by Ellen Degeres, will have a whole new crew.

Disney revealed the first glimpses of new characters in the film during the annual D23 Expo on Friday. DeGeneres took the stage herself to introduce sectopus (an octopus who is missing some tentacles) Hank (Modern Family’s Ed O’Neill), Bailey the beluga whale (Modern Family’s Ty Burrell) and a whale shark named Destiny (It’s Always Sunny in Philadelphia‘s Kaitlyn Olson). The group will help Dory escape an ocean sanctuary facility after she is separated from Marlin and Nemo during the quest to find her forgotten family. 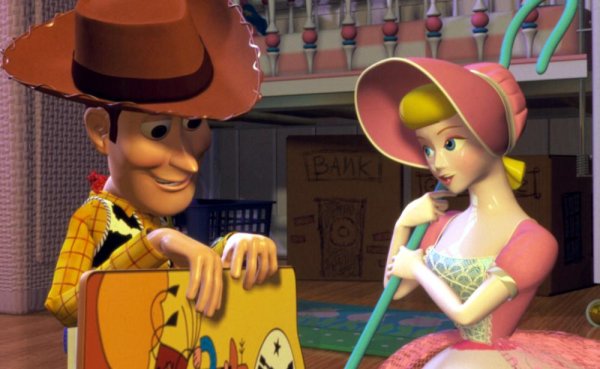 Toy Story 4 Will Show Woody Falling in Love
Next Up: Editor's Pick