Planned Parenthood Will Survive—Some Women May Not

A sign hangs in the offices of the Planned Parenthood Federation of America in New York City.
Mario Tama—Getty Images
Ideas

Responding to five shocking videos released by the Center for Medical Progress, government officials in Louisiana, New Hampshire and Alabama have moved to defund Planned Parenthood. Now the White House has entered the fray, warning these states that defunding may break the law.

Through a network of affiliated clinics, Planned Parenthood provides health care services to millions of women across the country, especially low-income and young women who have few options for care.

The latest controversy will negatively impact these women’s access to essential services, but Planned Parenthood itself will survive the firestorm.

The videos purport to show that Planned Parenthood profits from the unethical sale of fetal tissue. Detractors argue that the videos prove that leaders in the organization have a “cavalier” attitude toward the sale of this tissue.

Whether these videos are true – and factcheck.org raises some questions – they have tremendous political legs. Aside from state action to defund the organization, presidential candidates from Scott Walker to Hillary Clinton have weighed in on the controversy.

But, while the videos are a hot media topic, they are nothing new.

Every six months or so, for the past several years, a heavily edited video has surfaced, throwing practices at Planned Parenthood into question.

The videos always seem to shock. But, as a scholar of the social and political histories of pregnancy and birth, I can say that their presence shouldn’t surprise us.

Planned Parenthood, the organization, has long been a political lightning rod.

Margaret Sanger founded what would become Planned Parenthood in 1916.

Contraceptives were then illegal nationwide, and even providing information about them could land someone in jail. Sanger spent 30 days in prison after opening a birth control clinic in Brooklyn, New York.

At that time, the idea of a “planned pregnancy” was revolutionary. Sanger and her contemporaries saw reproductive autonomy as an essential part of women’s liberation.

Detractors often point to Sanger’s ties to eugenicist movements as a way to discredit the organization, which was officially founded in 1952. This paints her politics with too broad a brush.

Sanger was, indeed, on the side of so-called “positive eugenics.” She believed that healthy, planned pregnancies would lead to healthier babies and children, and that birth control could reduce problems associated with overpopulation worldwide. She did use racializing and alienating language in her private correspondence. But, there is nothing in her record to indicate she desired, as some allege today, to use abortion as a means to genocide, or as a plot to disempower, coerce, or control poor women and women of color.

Anti-choice advocates have engaged in a decades-long fight to limit access to women’s right to abortion.

Planned Parenthood, one of the only national organizations ready to help women with that access, makes an obvious target.

The answer might be that 3% of clients receiving abortion services is still too many for pro-life activists to accept. The fact is that this 3% makes Planned Parenthood the single largest provider of abortion in the United States.

If you want fewer abortions, keeping Planned Parenthood open would be a better strategy.

In a fiery speech on the Senate floor in defense of Planned Parenthood, Elizabeth Warren argued that opposition to women’s reproductive freedom is old-fashioned and regressive.

As Rickie Solinger, historian of women’s sexuality and the politics of birth control in the United States, has argued, when women’s independence is facilitated by their ability to time pregnancy and childbirth, that independence is seen as “fearsome.” It is seen as a rejection of motherhood as the pinnacle of women’s lives, Solinger persuasively argues.

By providing women access to safe and affordable birth control and abortion, Planned Parenthood enables women to be fearsomely free in determining the trajectory of their lives. Being able to plan and avoid and terminate pregnancies allows women to work for pay outside the home when they need or want to. It allows women to leave bad relationships and stay in good ones. It allows women access to education and promotions and other opportunities that, in 2015, are still constrained when women reproduce.

When legislators in Alabama, New Hampshire and Louisiana vote to defund Planned Parenthood, they are participating in a politics that would ask us to return to second-class citizenship. They are parroting a rhetoric that expresses fear of women’s sexuality. And they are engaging in actions that will deny women access to vital health care, reduce rates of abortion and improve maternal lives.

Moves to defund Planned Parenthood are disturbing for how regressive they are, and for how much they harken back to times when women had far fewer rights.

But, the organization has weathered many storms. And, ironically, these shock videos tend to motivate women (and the men who support and love them) to defend their doctors and their decisions.

Donations to Planned Parenthood, for example, have increased since these videos were released. Some donations were even made in honor of anti-choice politicians.

But the fact is that women – especially poor women, young women and women of color – will lose access to vital, sometimes life-saving, health care when states defund Planned Parenthood.

The organization will live on. Some women may not. 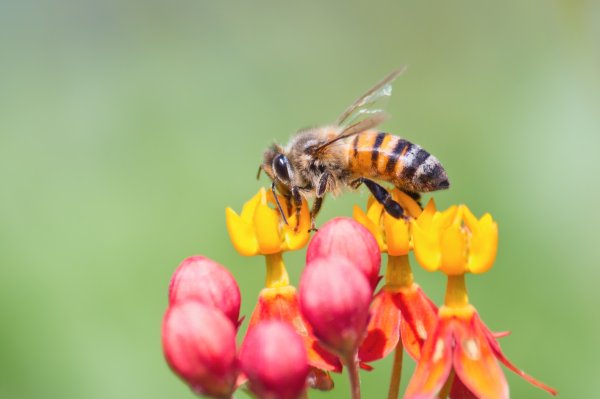 This Is America's Most Lethal Animal
Next Up: Editor's Pick