A new tool for space exploration has spotted a Jupiter-like exoplanet only 100 light years away from Earth. The planet, which scientists have dubbed 51 Eri b, was seen by the Gemini Planet Imager, an instrument that finds planets by analyzing the glow they emit.

The GPI is similar to the more famous Kepler space telescope, which has discovered thousands of planets in far-flung solar systems. While the Kepler uses the shadow that planets throw on stars to discover them, GPI looks at the planets themselves and is therefore able to detect planets that are much farther away from stars.

The new Jupiter-like planet has mass about twice as big as our Jupiter, and orbits its sun at a similar distance as Saturn. The Washington Post dubbed the planet a “baby Jupiter.” The planet’s similarities to our Jupiter, as well as a pair of nearby dust belts similar to those found near Earth, indicate that 51 Eri b’s solar system may in many ways be similar to a younger version of Earth’s solar system. 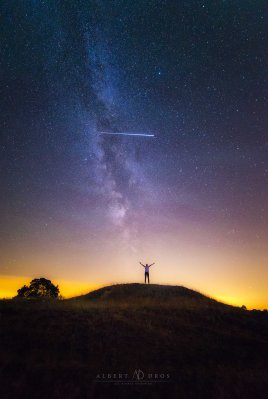 This Guy Got Photobombed by the International Space Station
Next Up: Editor's Pick