By Tara John and Victor Luckerson

The Stars and Stripes are flying over the U.S. embassy in Havana, Cuba for the first time in 54 years. Secretary of State John Kerry visited the country Friday during a ceremony to officially reestablish diplomatic relations between the two countries.

“This is truly a memorable occasion, a day for pushing aside old barriers and exploring new possibilities,” Kerry said at the ceremony. “We are gathered here today because our leaders, President Obama and President Castro, made a courageous decision to stop being the prisoners of history and focus on the opportunities of today and tomorrow.”

Diplomatic ties between the two countries were cut in 1961 by Cuban leader Fidel Castro and the Eisenhower administration. In his speech, Kerry recounted the many global events that have occurred since Cuba and the U.S. broke off ties—10 U.S. presidents have served, the Berlin Wall fell and the U.S. both fought a war in Vietnam and reestablished diplomatic relations in the country. “For more than half a century, U.S.-Cuba relations have been suspended in the amber of Cold War politics,” Kerry said. “It doesn’t take a GPS to realize that the road of mutual isolation and estrangement that Cuba and the U.S. were traveling was not the right one.”

Kerry said that the U.S. would remain a champion of democratic principles but could not dictate the governmental decisions of Cuba. “U.S. policy is not the anvil on which Cuba’s future will be forged,” he said. “Cuba’s future is for Cubans to shape.”

He also called on Congress to lift trade embargoes with the country, but such measures are likely to face significant Republican opposition.

His visit marks the first time a Secretary of State has visited the island in over 70 years. He will also be the highest-ranking U.S. official to visit Cuba since its 1959 revolution.

The three Marines who lowered the American flag in Havana in 1961 for the last time were also present at the ceremony. 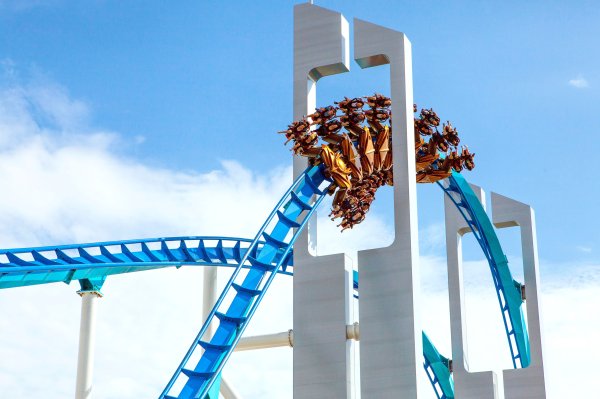