Carly Fiorina Says Parents Should Have Right Not to Vaccinate Kids

Former HP CEO Carly Fiorina said that parents should have the right to not vaccinate their children for all diseases, but that schools should be able to exclude children who are unvaccinated for communicable diseases from attending class.

Speaking at a town hall on Thursday in Alden, Iowa, Fiorina responded to a question from a mother of five who claimed that one of her children had an adverse reaction to a vaccination, saying “It’s always the parent’s choice.” She continued by referencing her daughter, who Fiorina said was bullied by a school nurse into vaccinating her pre-teen daughter for the Human papillomavirus, a sexually transmitted disease. “Measles is one thing…,” Fiorina said.

“When you have highly communicable diseases where you have a vaccine that’s proven, like measles or mumps, then I think a parent can make that choice, but then I think a school district is well within their rights to say, ‘I’m sorry, your child cannot then attend public school,'” Fiorina explained to reporters after the event.

“So a parent has to make that trade-off,” she continued. “I think when we’re talking about some of these more esoteric immunizations, then I think absolutely a parent should have a choice and a school district shouldn’t be able to say, ‘sorry, your kid can’t come to school’ for a disease that’s not communicable, that’s not contagious, and where there really isn’t any proof that they’re necessary at this point.”

Fiorina, who ran for Senate in California in 2010, said she disagreed with the state’s decision recently to eliminate a parent’s right to not vaccinate their children, even in cases of religious objection.

“California is wrong on most everything, honestly,” she said. “I’m not at all surprised that they made that mistake as well.”

The anti-vaccination question is one frequently encountered by candidates in Iowa and New Hampshire, where some social conservatives and libertarians have objections or believe, contrary to scientific evidence, that they will do their children harm.

Earlier this year, Wisconsin Gov. Scott Walker said the decision whether to mandate vaccinations should be left up to the states. And Kentucky Sen. Rand Paul sparked a firestorm in February when he repeated discredited allegations that vaccinations are linked to autism. 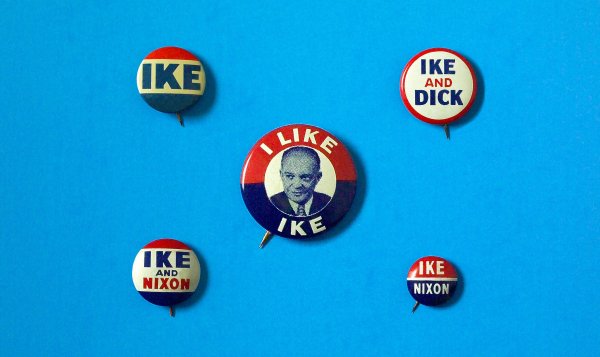 Do You Want a President You Can Drink a Beer With?
Next Up: Editor's Pick