Iraq War Ends for This General, But Not For His Army

After 39 years, the four-star general is hanging up his uniform after serving as the Army chief of staff, the service’s top officer, since 2011.

It’s a bittersweet goodbye. Nobody knows the highs and lows of the Iraq war better than Odierno, who spent more than five years inside Iraq from 2003 to 2010, including two as the top U.S. commander. His son, an Army captain, lost his left arm to an RPG round in Baghdad.

The hulking 6-foot-6 general was always willing to share his views on the war’s ups and downs with reporters. Early reports were good. Major General Odierno gave an upbeat assessment to Defense Secretary Donald Rumsfeld about the hunt for Saddam Hussein in late 2003, shortly before his troops found him in a hole in his hometown of Tikrit. The U.S. military had crushed the Iraqi military, and after several years it soothed the sectarian violence among Kurds, Shia and Sunnis.

Such improvements led to the U.S. pullout at the end of 2011, after the Iraqi parliament refused to give U.S. troops legal protection from local prosecution. “I think we’re starting to see it calm down a little bit,” Odierno said of Iraq in 2012.

That, no doubt, was the high point.

The resulting military vacuum, and homegrown political dysfunction, gave the Islamic State of Iraq and Greater Syria an opening it seized a year ago and hasn’t relinquished. Sectarian attacks have returned. On Thursday, ISIS claimed responsibility for a truck bombing in eastern Baghdad that killed at least 59.

“It’s frustrating to look at what has happened inside of Iraq,” Odierno told reporters at a farewell press conference Wednesday. “When people become frustrated, they tend to turn to violence.”

Armed with 20/20 hindsight, negotiating more robustly with Iraqi leaders might have allowed some U.S. troops to remain on Iraqi soil after 2011. “Leaving some soldiers on the ground might have helped a little bit,” Odierno said, “and maybe prevented where we are, now.”

The stalemate between Iraq’s security forces and the ISIS militants who occupy about a third of the country has ground on for more than a year. While about 3,500 U.S. troops have returned to Iraq to train local troops, some in the Pentagon believe it may be time to consider deploying U.S. troops closer to the front lines to suss out intelligence and call in air strikes.

The Iraqis could use such help. On Thursday, doctors in the ISIS-occupied city of Fallujah, 50 miles west of Baghdad, reported that errant bombs from Iraqi warplanes hit a hospital there, killing 20 civilians.

“If we find in the next several months that we’re not making the progress that we have, we should probably absolutely consider embedding some [U.S.] soldiers with [Iraqi troops],” Odierno said. “And see if that would make a difference.”

Odierno’s U.S. Army career is over. But the U.S. war in Iraq continues. 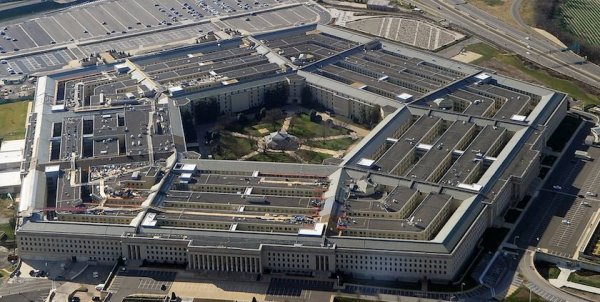 Transgender Transition Care Will Cost the Military this Much
Next Up: Editor's Pick