The network announced Thursday morning that competition series was being put on hiatus this coming season while they hunt for a new host.

In June, NBC cut business ties with host and executive producer Donald Trump after his comments about Mexican immigrants.

“Due to circumstances that everyone here is aware of regarding our host—I should say former host,” said NBC entertainment chairman Robert Greenblatt. “We will not be producing a new edition of the show this season, but it will be back for the 2016-17 season with a new host. We’ve actually been overwhelmed by a number of really exciting people who have come forward and are interested in taking over the show. You’ve heard some names bandied about. Some of them are simply not true, but I also don’t want ot speculate on any specifics today because we haven’t gotten that far into the process. As soon as we settle on someone, we’ll get the word out, and something tells me that will be big news.”

As for relations with Trump moving forward, Greenblatt aded, “I don’t think somebody who is running for president and might possibly be the next leader of the free world could be banned from any activities at NBC, but we’ll have to see how this plays out.” 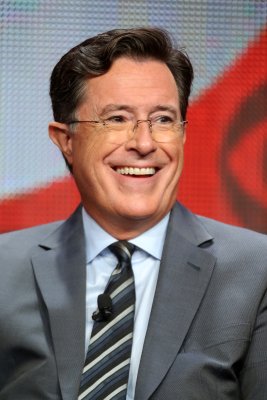 Stephen Colbert On Why He Thinks Women Should Run the World
Next Up: Editor's Pick