Neil Patrick Harris appeared on The Late Late Show Wednesday, where he reminisced about his early days as a child actor. Host James Corden asked Harris if he ever happens to catch old episodes of Doogie Howser, M.D., which starred Harris as a teenage physician.

Harris confirmed that he does indeed watch episodes of his old show.

“It’s weird to watch, because my voice — I sound like I was in the Wizard of Oz or something.” He then goes on to imitate his younger self, talking like a Munchkin.

“But finally my testicles dropped and I feel much better,” he joked. 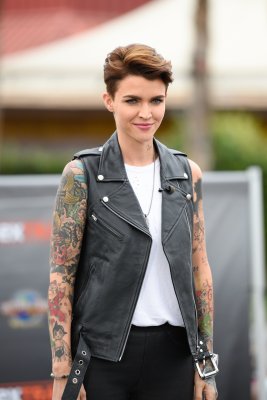 Even Ruby Rose Thinks She Looks a Lot Like Justin Bieber
Next Up: Editor's Pick