What Cops Say About Policing Today

The Philadelphia cops on the cover of this week’s TIME know as much as anyone about the topic looming in the type above them in their unmarked squad car: “What It’s Like To Be A Cop in America: One Year After Ferguson.”

The answer, in a word, would be: Harder.

“Absolutely,” says Sean Devlin, 35, the officer in the passenger seat, who has been patrolling in the 19th District of Philadelphia’s west side for the five and a half years he has been a cop. “I do know some officers who are turned off and just doing radio calls only. But it’s not in my nature. It’s my confidence in my ability and my partner, I can’t just fold up shop and sit back and let the community to be held hostage by the small percentage that’s the criminal element.”

His partner agrees. Mischel Matos, 38, who’s behind the wheel in photographer Natalie Keyssar’s cover image, says that a year ago, police did not face the scrutiny that accompanies every call for service—and not just the usual watchfulness cast in the direction of the uniform. People are recording every move you make, or at least every arrest.

“The difference comes up every time we encounter an investigation,” says Matos. “There’s always somebody through the window with a phone recording, expecting us to do something wrong.”

READ MORE: TIME’s Cover Story on What It’s Like to Be a Cop in America

It’s the new reality facing the 680,000 sworn police officers working in the U.S. today: An inversion of the traditional assumption prevailing at the scene of a reported crime, of who’s the bad guy in this picture. And if that’s a change many cops might find insulting, the cops in West Philly appeared to be taking it in stride, during the two weeks or so I spent among them, reporting the story that subscribers can read here.

Police work has never been easy in the 19th , not least because the sprawling district, which takes in some of the toughest inner city neighborhoods, is renowned for a local tradition of cussing the police. “It is, it is,” says Matos. “It’s different than any other part of the city.” Matos says that, though he was born in the Dominican Republic, he’s often taken for African-American, which takes some of the edge off encounters in the overwhelmingly black district. “Me and my partner, we have the perfect combination,” he says. “We still get tested, but not so much.”

Devlin, a military brat who grew up around the world, says he was relieved when he got to remain in the 19th after completing his rookie stint walking a footbeat in its tatty streets. “I’m not pulling over soccer moms and busting kids for keg parties,” he says. “I love the camaraderie. I think that’s one of the reasons I went into law enforcement.”

A bit more than half of the rank and file at the 19th is African-American, and what Philadelphia Police Commissioner Charles Ramsey recalls from the early days of integration as “salt and pepper” partners are common in the district. The racial divide at the heart of the police shootings that coalesced in the Black Lives Matter movement are not evident in the station house. There, everyone is blue first.

Black cops—especially those who grew up nearby—speak with greater feeling about the difficult history that created the neighborhoods they patrol, now riddled with narcotics and the guns that accompany that business. But opinions on how to move forward in the current, national policing crisis were pretty, well, uniform. For instance, every cop seems to want a camera of his or her own. They emphasize that body cams, which thousands of local departments are exploring, will assure a video record of an entire encounter, not just the physical scramble captured on bystanders’ cell phones that come out at the point where an arrest is being made, of someone who does not want to be arrested (and that person sometimes is more likely to resist when cameras are around, some officers say).

But cops also say that body cams will assure people behave better in the first place, because they will be told they are being recorded. “Oh, it’s going to be a hug-fest when we get the body cams!” one officer joked.

What won’t change, however, are the risks that both cops and citizens encounter in the neighborhoods that outsiders long ago learned to avoid. Devlin and Matos have not been involved in a shooting, but they came close in March, happening upon an armed robbery at a pizza shop.

“It happens that we were driving right in front of the store, and I saw the workers with hands up,” Matos said. They made a U-turn, parked across the street beyond the robber’s line of vision, and scrambled toward the shop with guns drawn. They entered as the robber was running toward the door, stuffing a pistol into his waistband. He obeyed their shouted orders to lie down on the floor, and Matos grabbed the weapon.

“It was a BB-gun at the end but it looked real,” he says. “I had the gun in my hand for a good two minutes, and I didn’t realize it was a BB gun until I tried to put it in my pocket.”

“It was a really really close call,” Matos says. “It happens. It can go wrong,. It can go bad, in less than a second.” 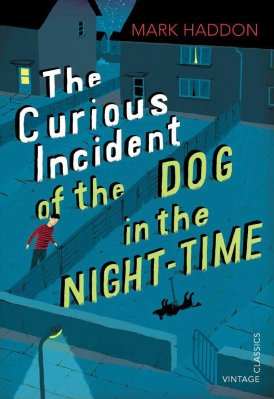 The Curious Incident of the Dog in the Night-Time Pulled from School Reading List
Next Up: Editor's Pick