Here's How to Chat With the International Space Station

NASA confirmed on Wednesday that anyone with a ham radio could potentially make contact with the International Space Station (ISS), as one astonished user discovered earlier this month.

Adrian Lane, a ham radio enthusiast in Coleford, England, was stunned to receive a reply from an astronaut aboard the ISS, after spending nearly a month in his backyard shed attempting to make contact. “They came back to me and said, ‘Receiving you – welcome aboard the International Space Station,'” Lane told the BBC.

And technically speaking, anyone with similar radio expertise can do the same thing. A NASA spokesperson told the New York Times that the space station is equipped with a ham radio, which is set to a public frequency. Astronauts can use the radio to strike up an idle chat at will, usually during their break hours. 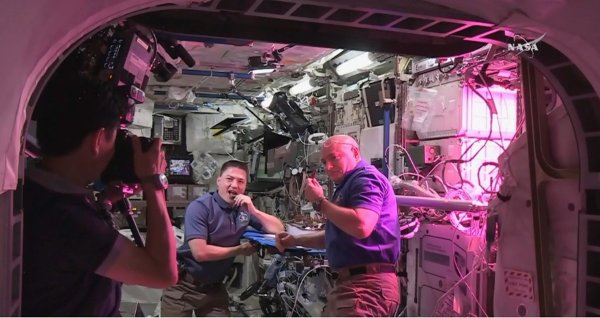 Why Salad in Space Matters
Next Up: Editor's Pick