Photograph by Natalie Keyssar for TIME

What It’s Like Being a Cop Now
“Every time a police officer fires his weapon, the reputation of the police department is on the line”

Welcome to the Jungle, Europe
A global migrant crisis finally strikes the continent

Review: Straight Outta Compton Is a Bio-pic With a Sanitized Attitude
The new movie opens on Friday

Review: Hamilton on Broadway
A Founding Father raps his way into musical history

Review: A Manual for Cleaning Women
A posthumous collection from Lucia Berlin

How Google Is Trying to Reinvent Itself
And maybe Silicon Valley, too

Iraq Shakes Up Its Government

Changing Times
North Korea will turn back the clock by half an hour on Aug. 15 to create a Pyongyang time zone. State media said the move would defy the “wicked Japanese imperialists” who imposed the current system. It’s just one of several recent experiments with regional time zones.

School Start Times
The majority of American schools begin too early in the day, a new CDC study says, leaving students groggy and grumpy. Here’s what you need to know before back-to-school season.

The View From Behind the Badge

Give Us the Ballot

The Slide-Scraper
Visitors to London’s Olympic Park have been taking stairs and elevators up the 375-ft. (114 m) ArcelorMittal Orbit–the U.K.’s tallest sculpture–since 2012. Soon they’ll have a chance to slide down.

Autism Is Not a Disorder–It’s an Opportunity

The Knives Come Out for Donald Trump, but He’s Not Going Anywhere

Sundar Pichai Google’s New CEO
In Google’s unprecedented corporate restructuring, Sundar Pichai, 43, may be the biggest winner. His appointment caps a rise from middle management to the C-suite in just a decade. 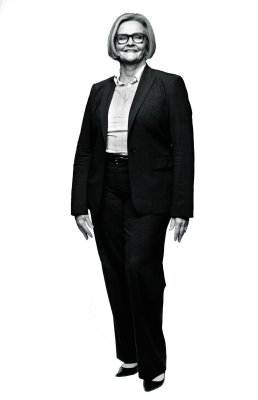 9 Questions With Claire McCaskill
Next Up: Editor's Pick