With the nation’s attention fixed on cecil the lion and Donald the Loon, it was easy to miss an absolutely crucial speech that Barack Obama made about the Iran nuclear negotiation on Aug. 5, the day before the Republican debate in Cleveland. It was as clear and concise an argument for the deal as you will find–if you read one political speech this year, I recommend this one. But Obama hurt his cause with some needlessly partisan rhetoric on an issue that ultimately will need serious, nonbombastic attention from experts in both parties, whether or not the deal passes Congress. I understand the President’s ire. His opponents are talking ovens, holocausts, the eradication of Israel–as if Israel didn’t have the most formidable military deterrent in the region. Yes, it’s kind of lovely that both Republicans and Iran’s hard-liners oppose the settlement, but Obama should have looked past the passions of this moment. Yes, many of those against this deal were passionately in favor of the war in Iraq, but there are some very prominent Republican proponents of that war who quietly believe that this deal is worth pursuing under two conditions: If we can surround it with a tough and rigorous policy that addresses Iran’s aggression in the region. And if we can be very clear about the consequences to Iran if it cheats. But those Republican senior statesmen (and women) have been told by GOP leaders to withhold their (qualified) support until after Congress votes on the deal in September.

The Congressional vote on Iran this September has become your standard American political carnival–the foreign policy equivalent of the futile attempts to repeal Obamacare. For Republicans, it will be a referendum on Barack Obama. They will vote against it. For some Jewish Democrats, it will be a referendum on Benjamin Netanyahu and the not-so-subtle pressures being exerted by the American Israel Public Affairs Committee. They’ll also vote no. Indeed, a large majority in both houses will vote against the deal. Then the President will veto it. Then there will be another vote, on the President’s veto. I suspect that Obama will be able to cover the one-third needed to sustain his veto. The deal will go forward, but what then?

In the unlikely event that the deal is defeated by a veto-proof majority, Iran will have two choices: It can take the high road and say this deal was negotiated with the world and it will adhere to the agreement, thereby making America look globally inept and powerless, since every one of our negotiating partners–not just the Russians and Chinese, but the Europeans as well–will stick by the accord. Or the Supreme Leader can say, “See, you can’t trust the Great Satan. We’re going to build the bomb right now and protect ourselves.”

This does not mean inevitable war–that was another Obama overreach in the speech. If we could contain and deter the Soviet Union for nearly 40 years, we can do the same with the relatively minuscule Iranian threat. There are those who say that unlike the Russians, the Iranian regime is led by irrational religious fanatics–but the only time in this century an Iranian leader ever publicly mentioned the need for an “Islamic” bomb occurred in December 2001, when Ayatullah Hashemi Rafsanjani said a bomb was needed for an entirely rational reason: to deter the Israeli nuclear threat. The Supreme Leader has since issued a fatwa condemning the use of nuclear weapons, but there are those who point to the Shi’ite tradition of taqqiya–telling lies for the greater good–as evidence he can’t be trusted. Only a fool would deny that’s a possibility.

But let’s talk about probabilities: Obama will beat Congress, and the deal will go forward. The Iranians will have to comply in every aspect with the new regime–dismantle most of its centrifuges, destroy or sell almost all its enriched uranium, destroy the core of its lone plutonium reactor, fully comply with the inspection rules. It will have to do all this by March of next year. It will not receive a penny in sanctions relief until it does.

The U.S. and Israel need to send a clear–and unified–signal that we will insist on full compliance from Iran, that we will not tolerate any fudging and that we will take action to block any Iranian aggression in the region. On Aug. 3, 70 former leaders of Israel’s defense and intelligence community issued a statement saying that, like it or not, the Iranian nuclear accord is a done deal and the job now is to put forth every effort to enforce it. It would be nice if some leading Republicans said the same as soon as the veto is upheld. This is too important for the same old partisan frolics. But harsh, partisan talk from the President won’t help us get there. 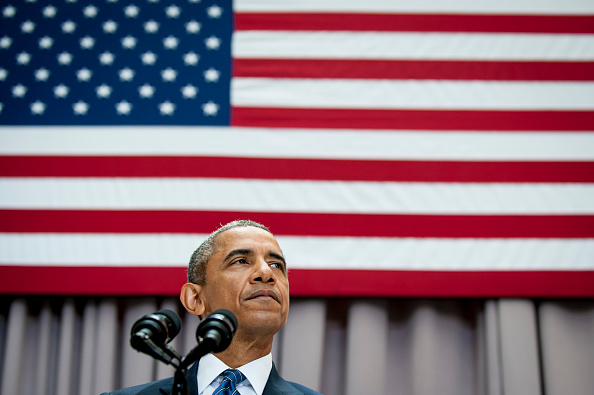 Tehran's Triumph of the Nil
Next Up: Editor's Pick