If You Got Mad Over Cecil the Lion, Here Are 5 Ways You Can Bring About Change

The death of Cecil the lion at the hands of American dentist Walter Palmer in July may have sparked a worldwide groundswell of rage, but Cecil’s death represents a larger problem with deep roots. Hwange National Park, where Cecil lived for 13 years, was the site of what the Telegraph called the “the worst single massacre in southern Africa for 25 years” in 2013 when poachers poisoned the water supply, killing 300 elephants; a recent study estimates that 33,000 are killed per year on the African continent.

The situation is just as grim for lions and rhinos: Teresa Telecky, director of wildlife at Humane Society International (HSI), estimated to TIME that, as of early August, 49 lions had been killed throughout Africa just this year. And the World Wildlife Fund estimates that 60% of the rhino population in the Democratic Republic of Congo and Zimbabwe was killed between 2003 and 2005.

If you want to make a difference to these statistics, here are some suggested ways.

“What we’ve found is a lot of the consumers are not aware that animals die for this,” said Mark Witney, whose company, Singita, employs 250 anti-poaching scouts within the nature parks it owns or manages throughout southern Africa. He was referring to countries like Vietnam and China, but the same is often true in the U.S., where ivory consumers may not realize the material in their trinkets, firearm embellishments and even piano keys was harvested from a dead elephant.

Witney points to the South African Peace Parks Foundation as one organization doing powerful work on awareness. The foundation recently ran an essay competition in Vietnamese schools, with the winning students flown to wilderness reserves in southern Africa to learn about conservation issues. By many estimates, the U.S. is the second biggest consumer of ivory in the world. Educating yourself and helping friends and family gain that same perspective is key to long-term change, Telecky said.

As part of the anti-poaching fight, HSI and the Wildlife Conservation Society (WCS) have teamed up on a petition supporting a policy proposed by President Obama earlier this summer that would ban the interstate sale of most ivory, as well as ivory imports. That rule would align with a proposal by the U.S. Department of the Interior to name the African elephant a “threatened species,” severely restricting imports of materials associated with the animal’s hunting.

The department is now holding a 60-day comment period during which members of the public can make arguments to sway the results of its final ruling on the subject. The HSI-WCS petition will be presented in September to support the bid to make the “threatened” designation permanent. Care about ivory trade and elephant poaching? Your signature has weight.

HSI is also circulating a petition to support endangered-species status for the African lion, which would result in similar restrictions for lion trophies as those suggested for ivory. Telecky told TIME she hopes the designation would “drastically curtail” lion trophy hunting.

“This is the frontline where the war is being fought and tourists who get here are like eyes and ears against the enemy,” ex-ranger and eco-travel promoter Mark Butcher told the Guardian in 2014. Many safari companies participate in anti-poaching efforts, both out of vested interest in a continuing local animal population and out of moral obligation, anti-poaching activists say.

Some lodges allow guests to help with day-to-day activities and put a portion of proceeds toward their anti-poaching work. If you’re going on vacation, spending your money with such organizations is one way to contribute indirectly to the cause. But Witney, whose organization puts what he says is “quite a large portion” of their proceeds into the trust used for the parks it cares for, stresses the importance of common sense and careful selection, as some groups might misrepresent their intentions.

Hundreds of organizations work on all sides of the poaching crisis, and some accept volunteers. For example, the International Anti-Poaching Foundation (IAPF), one of the most extensive anti-poaching initiatives in southern Africa, allows volunteers to undergo training and spend a minimum of two weeks with IAPF rangers going on patrol. It’s not an experience free of risk, but if you’re looking for a hands-on way to help, CEO and founder Damien Mander told TIME that his organization particularly looks especially for volunteers with special skills, like paramedics and teachers.

Still, Mander said that old-fashioned monetary donations are most useful for organizations like his. Both he and Witney encourage would-be philanthropists to research organizations carefully. But in the right hands, money can go far, funding what activists say is the most effective method of fighting poaching: people.

“Anti-poaching is 90% managing people,” Mander told TIME, because the most effective anti-poaching organizations tap into local expertise. Your donations mean hiring more rangers who can, as Mander put it, “follow tracks of a poacher at running speed the same way you would read an article in a newspaper.” 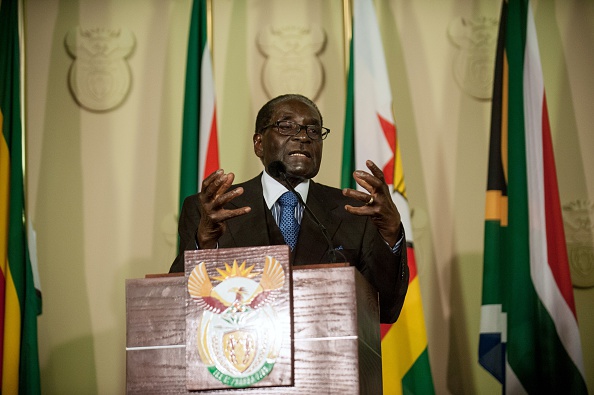 Zimbabwe Demands Return of Skulls
Next Up: Editor's Pick