Presidential candidate Sen. Ted Cruz (R-TX) shakes hands with supporters as he emerges from the Cruz campaign bus for a rally in a field behind Sprayberry's BBQ in Newnan, Ga., on Saturday, Aug. 8, 2015.
Bill Clark—CQ-Roll Call,Inc.
By Elizabeth Dias

A Republican lawmaker in Arkansas will no longer be given a “Power of Courage” award at an event headlined by presidential hopeful Sen. Ted Cruz Wednesday after a controversy arose because he re-homed two adopted girls to a man now serving a 40-year sentence for crimes against children.

State representative Justin Harris, also the owner and founder of Growing God’s Kingdom Preschool, and his wife adopted two girls in 2013 but then gave them to another family, where one of the children was sexually abused. The case has been investigated by the Arkansas Times, which first reported the re-homing in March.

Harris, the Times reported, “said that the girls, then ages 3 and 5, were dangerously violent and had posed a threat to his biological sons.” The Times‘ report also says that “the legislator and his wife believed their adopted daughters were demonically possessed and enacted harsh punitive measures within their home in an attempt to combat this supposed supernatural influence.”

The award is one of twelve Courage Awards that the Family Council is presenting this summer, each going to a lawmaker who sponsored a bill that the group championed during the recent legislative session. Harris will receive an award for legislation to tighten parental consent laws for minors who seek an abortion.

Cox says the decision to move the award came after it began to be connected with re-homing story. “The two don’t have anything to do with each other,” Cox says.

The Family Council is not related to the similarly named Family Research Council in Washington, D.C., led by Tony Perkins and until recently Josh Duggar, but Cox described them as “fellow travelers on the same road.” Cox’s Family Council focuses on issue advocacy and does not endorse political candidates. 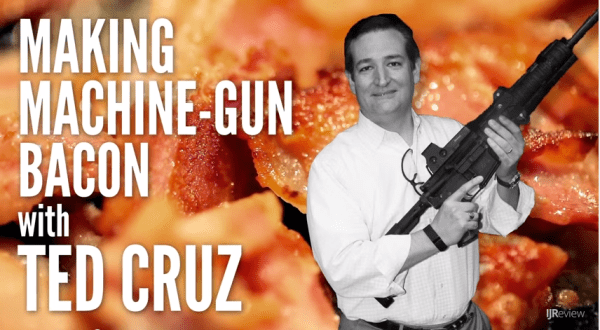 Watch Ted Cruz Cook Bacon with a Gun
Next Up: Editor's Pick