What I Learned Watching 16 Years of Television for TIME

Class of '99: The cast of Freaks and Geeks, one of the first series I reviewed for TIME.
Chris Haston—NBC/Getty Images
By James Poniewozik

Almost a decade ago, in September 2005, my editors approached me with the idea of starting a fall-TV-review blog. The name would be Tuned In, because TV. (We did not spend a lot of time thinking about the name.) It would be temporary, like a pop-up store at the mall; I’d review the new fall series, then we’d close it down. My first post reviewed Martha, the post-prison talk show starring Martha Stewart. My last–well, it turned out I loved blogging, and I found more and more things to write about, and that last post never came.

This is my last post for TIME, my series finale, give or take. (I have one more big piece coming out in the print magazine later this month. Look for it on the newsstand! Buy it! Take it to the beach!) Starting September 8, I’m moving to the New York Times as its chief TV critic. I’m not retiring or disappearing, so it would be silly to write a goodbye. But it also seemed wrong to leave without a thank you, both to TIME for letting me write here all these years and to everyone who read me here.

I already had plenty to do at TIME before Tuned In. I visited the sets of Freaks and Geeks (my first set visit ever and a good place to start) and The Sopranos (more than once). I wrote about pop culture responding to the 9/11 attacks and argued, at the height of Joe Millionaire’s infamy, that reality TV was actually good for us. But reviewing TV in print for a weekly newsmagazine, with limited space for the culture section, was often like being a farmer paid not to grow corn.

Online, I could cover TV in close to real time, the way viewers experience it. I could do quick takes and long essays, reviews and recaps. I could deep-read Mad Men and obsess over the fine points of Game of Thrones. (One thing the Internet did for TV criticism was to make it less about previewing shows the audience hadn’t seen and more about reviewing shows they had–which allowed you to go into more depth and detail.) I could be mortified in song by Rosie O’Donnell and write about it. I could indulge my obscure interests. I could write about the experience of watching TV: about the way DVRs are an attempt to cheat death, or about bonding with my kids over reality TV. I could bang the drum for great series like Enlightened that deserved more attention. I could blog about news coverage of elections, the business of media, the digital culture wars. It was like running a small, personal magazine within the magazine.

But there was always more I could have done, because there was suddenly so freaking much TV. Since 1999–the year TIME hired me–the number of scripted series on cable has increased 1000%, and no, I did not add an extra zero there. Since 2009 alone, according to FX research, we went from 211 scripted TV series to 371 last year, and we’re on track for over 400 this year. (And that’s before you add in reality, news, sports, and anything else.)

When I told people about my new job with TIME, sympathy was not an uncommon reaction: “You must have to watch so much terrible TV!” That urban legend, the “I don’t even own a television” guy, was real and in abundance at parties. Not many people thought TV was worth engaged criticism. TV, as Intelligent People of Quality saw it, was occasionally good, almost by accident; otherwise, at best it was mindless escapism, of mainly anthropological interest for understanding Joe Q. Walmart.

Tony Soprano kicked that idea in the stugots, with help from Buffy Summers and Vic Mackey and the Bluth family. Jon Stewart took over The Daily Show right around The Sopranos’ launch, saving the political relevance of late-night talk from the Dancing Itos. TV became more serial and narratively ambitious; a 1970s camp classic like Battlestar Galactica could come back as a post-9/11 story of terror, faith and survival. AMC–a classic-movies network, so basically TV for people who didn’t like TV–launched Mad Men. Nearly every channel needed at least one signature series, and then nearly every online service did. That “I don’t own a television” guy? He bought one, or at least a computer, and was now at parties asking me what he should binge next.

Having too much material in a great job is a high-class problem. But it does mean, as a simple practical matter, that even a critic paid to watch TV can’t watch every episode of everything, any more than you can. Once a film critic sees a movie or a music critic hears an album, it’s done: there are not 13 more hours of Age of Ultron coming out. TV, God bless it, never ends.

Which means that for TV critics above all, a dialogue with readers is essential. As a critic, you’re a generalist, sampling widely and drawing connections across a broad medium. But you will never know as much about any particular show as its dedicated fans do. I rely on you, in the comments and in social media, to be my eyes and ears–not just to let me know when I made a typo or wrote something stupid, but to let me know what I’m missing. (And doing this job means accepting that you will always miss a lot.)

You delivered, whether it was in the blog comments–as I liked to call them, “Tuned Inland”–or on Twitter. At TIME, I was lucky to have readers who believed in taking ridiculous entertainment seriously and having a sense of humor about the serious stuff, who had fun with TV but believed it really mattered. And that dialogue matters too. I’ve never accepted the simplistic idea that TV dictates morality or brainwashes us politically–like all powerful art’s, its influence isn’t easily predictable, and our relationship with it is complicated and two-way. It reflects as much as it directs; we make it at least as much as it makes us.

All of which is why I think TV is as revealing a subject as any in the world to write about–and why the conversation around TV is at least as important as the reviews critics write. Recently at Vox, Todd Van der Werff wrote about how “the Internet of 2005”–the year I started Tuned In–has disappeared. What he meant, correctly, is that digital journalism has moved from a blog model, where you assumed a steady readership that would visit a site and its comments regularly, to a social-web model, where most readers come to your articles through links–and most of the conversation has moved from comments sections to social feeds.

That’s been true here, too. Tuned In hasn’t really existed as a distinct blog for a few years, since it was folded in to TIME’s Entertainment vertical, and we (with much of the media) stopped using the term “blog.” The past few years–with the explosion of recaps and cultural hot takes online–I’ve been trying to do fewer recaps and quick hits, publishing less but spending more time on each piece.

But the conversation has gone on, and it’ll keep going. After Labor Day, you can find me at the New York Times, writing about much the same things I have been here–and you can find me, always, as usual, on Twitter @poniewozik. In the words of Desmond Hume, see you in another life, brothers and sisters–and thank you all for keeping me tuned in. 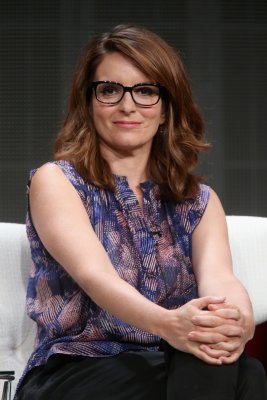 Tituss Burgess Explains Why Tina Fey Is Not on Social Media
Next Up: Editor's Pick