This Is How Legionnaires' Disease Got Its Name

The news that Legionnaires’ disease has killed a dozen New Yorkers this summer—and that an inmate at Rikers Island has been diagnosed as well—has put the illness in the headlines and hospitals. Luckily, these days, most people who experience symptoms can be treated successfully with antibiotics.

But that wasn’t the case when the disease was first discovered. Not only did Legionnaires’ prove fatal to many affected by its first notable outbreak, but those victims didn’t even know what was making them sick.

The legionnaires after whom the disease is named were attendees at an American Legion convention in Philadelphia in July of 1976. They were veterans like Ray Brennan, Frank Aveni and Charles Seidel, who went to an ordinary meeting, fell ill shortly after with chest pains and high fevers, and died not long after. They had spent time all over the city, eaten in restaurants and traveled home in a variety of ways. In a cover story that August about the “disease detectives” who were trying to find “the Philly killer,” TIME captured the panic that resulted from the outbreak. The magazine noted many friends and neighbors of John Bryant Ralph, another Legionnaire, did not attend his funeral for fear his disease might be catching.

For many Americans, the Philadelphia outbreak was the first time they were aware of the work done by the Centers for Disease Control, a then-obscure organization that went to work trying to figure out what was killing the Legionnaires:

The disease remained elusive. “There’s an outside chance we may never find out the cause,” CDC Director David Sencer told TIME. “I think we will. But there are times when disease baffles us all. It may be a sporadic, a onetime appearance.”

Eventually, the initial outbreak tapered off and, though nearly 200 had become ill and 29 had died, fear tapered off too. It was clear that whatever it was, it wasn’t spreading—but, though public interest waned, the CDC kept working. It wasn’t until months later that the mystery was actually solved.

“Five months after the convention, [CDC microbiologist Joseph McCade] took another look at some red sausage-shaped bacteria and concluded that they were the culprits,” TIME later explained, in a 1983 cover story about the CDC. “They had festered in the water of the hotel’s cooling tower and had been carried through the air as the water evaporated.”

Read the 1976 cover story, here in the TIME Vault: Tracing the Philly Killer 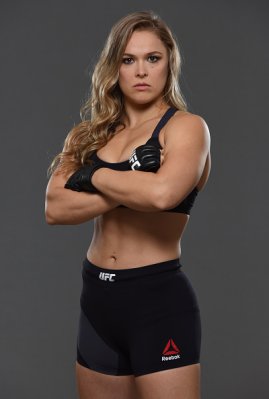 What to Say When Your Daughter Wants To Grow Up To Be Ronda Rousey
Next Up: Editor's Pick