The race to contain the largest Ebola epidemic in history has been a marathon, not a sprint. One year ago I arrived in West Africa and found the virus tearing through the region. It was destroying families and ripping apart the very fabric of society, while national authorities and a handful of aid organisations desperately struggled against this unrelenting, invisible foe.

Returning to Liberia, Guinea and Sierra Leone three months later, hundreds of people were still falling sick each week. It was impossible to identify how they had become infected, or to work out who they had been in contact with and might themselves have infected. But international support had finally begun rolling in, whilst preparations for starting clinical trials of experimental treatments and vaccines were underway.

Last week I returned to the region, and am relieved to see just how far we have come. Although we still have some way to go, today we collectively have the means to bring the epidemic to an end.

For months there have been 20-30 new cases of Ebola each week. Last week there were just three. New chains of infection are now more quickly and efficiently investigated and we can track the virus’ spread in communities. The national authorities are demonstrating strong leadership and maintaining the momentum to end the outbreak.

Although we all crave a sign that the end is in sight, the only reliable forecast in this epidemic has been its unpredictability. It has waxed and it has waned; often, just as it seems to have been extinguished in an area, one missed sick person or one unsafe burial has caused it to flare up again.

But in the most encouraging signal so far, the interim results of an Ebola vaccine trial in Guinea were published ten days ago– and were very promising. While the VSV vaccine alone will not bring the outbreak to an end, we hope it will be an additional tool to help finally stop the virus in its tracks.

Although we feel more hopeful than ever before, we are scared to let down our guard for even an instant. The goal is to get to zero patients for 42 days – twice the incubation period of the virus – after which a country or region can be declared Ebola-free.

To cross that finish line, perseverance – if not sheer stubbornness – is needed, continuing to thoroughly trace every person in contact with an Ebola patient, to identify and respond to new cases early, and to make sure that burials are carried out safely.

The ultimate key to success lies in gaining the trust and confidence of local people. Our health promotion team in Forécariah, Guinea, told me how, since Ebola flared up again this summer, they go from house to house every day to explain to each family how the virus is transmitted, what the symptoms are, what to do if someone falls sick and how to care for them safely.

The stories they hear from some villagers may sound surprising this far into the epidemic: scepticism that Ebola is real, rumours that the disease is spread by foreigners in spacesuits, or that it can be cured with traditional medicine. But taking the time to listen and respond on a personal level has been proven to work.

The truth is that the impact of Ebola will be far more long-lasting than we could have imagined. The health systems of Guinea, Liberia and Sierra Leone, already weak before the outbreak, lie in tatters. Hundreds of health workers are tragically dead. Meanwhile Ebola survivors need our continued support. Beating the virus has turned out to be their first hurdle, followed by medical complications we don’t yet fully understand, all while coping with stigma from their communities.

Four out of ten people in Sierra Leone know someone who has died, been quarantined or survived the virus. These nations are grieving, yet continue to show tremendous courage and determination.

Ebola may have faded from the headlines, but it hasn’t gone away. We don’t know how far away the finish line is, but we do know that to reach it, everyone involved in the response – both national and international – needs to channel all their energies into keeping up the momentum. And by accelerating use of the new vaccine in the affected countries, we can help break chains of transmission and protect frontline workers.

Our teams were there at the beginning. And like long-distance runners, we will stay to the end. 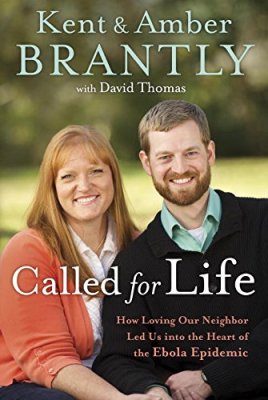 Ebola Doctor and Survivor Recounts His Battle in New Book
Next Up: Editor's Pick